First: Types and Mechanisms of Correction 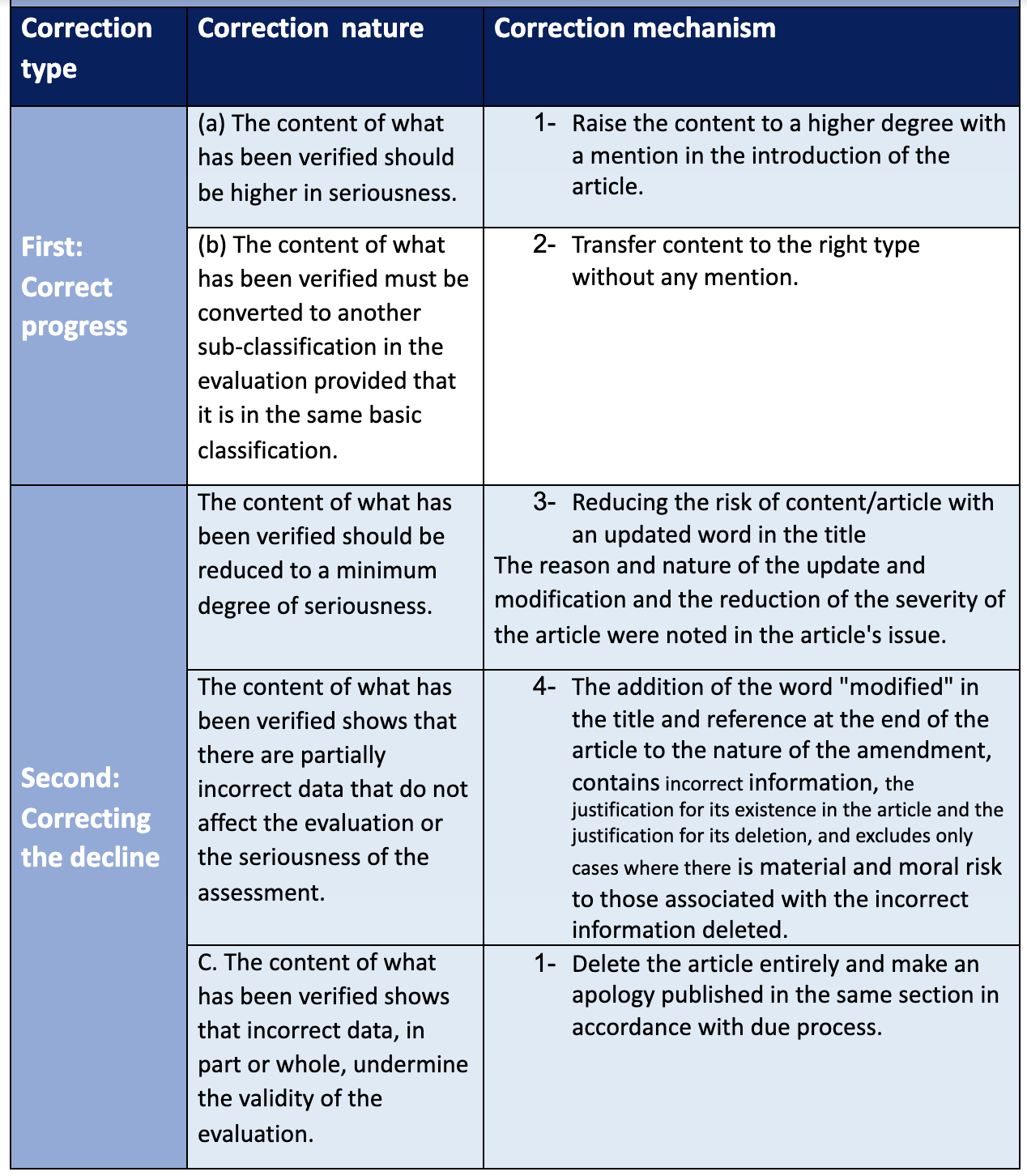