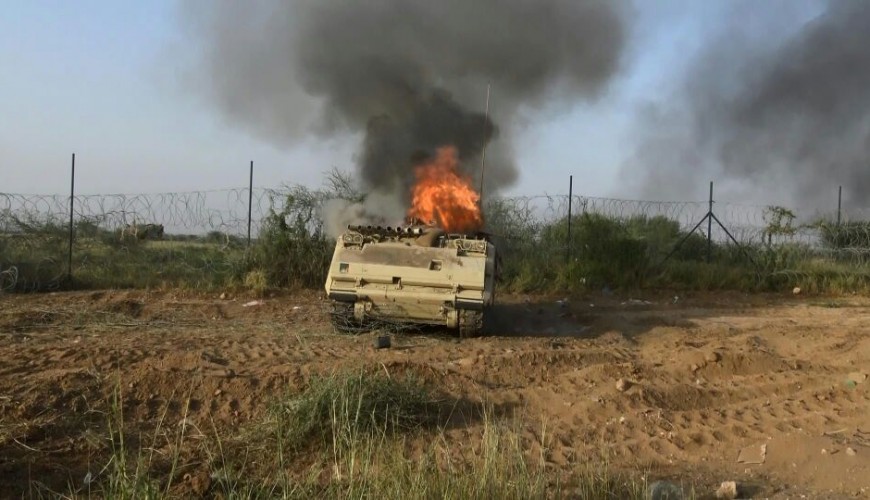 This military vehicle is Saudi, not Turkish

Pro-PYD social media pages and personal accounts shared a photo of a military vehicle burning in a plain near a metal fence.

According to the photo's publishers, the vehicle shown in the photo belongs to the Turkish forces and the People's Protection Units (YPG) destroyed it near the area of ​​Belbele and killed its crew.

Following a reverse-search conducted by Verify-Sy turns out that the photo shows a broken Saudi military vehicle, published in many Yemeni news sites saying the "Yemeni Army and Popular Committees" destroyed it during its advancing in "al-Zabadi" village in "Jizan" 2015.