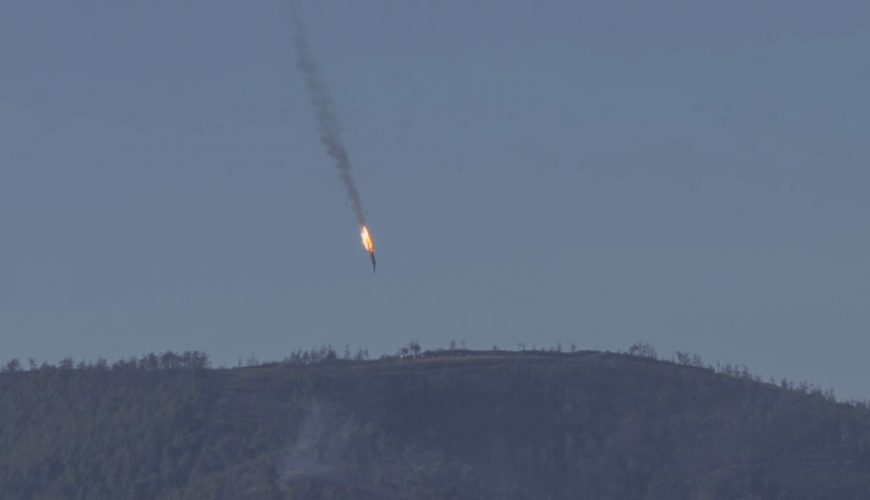 These photos are not for Turkish warplane falling in Efrin

Photos' publishers said it show a Turkish warplane falling and photos were taken today in Sheikh Khourzy in Efrin in north Aleppo.

Following a revers-search conducted by Verify-Sy turns out the photos been published on several news websites at different times.

The first image is for Russian warplane shot down in Turkey while flying near borders with Syria in early 2016, the other photo is for a Malaysian training jet falling after colliding with another jet during an airshow in 2015.