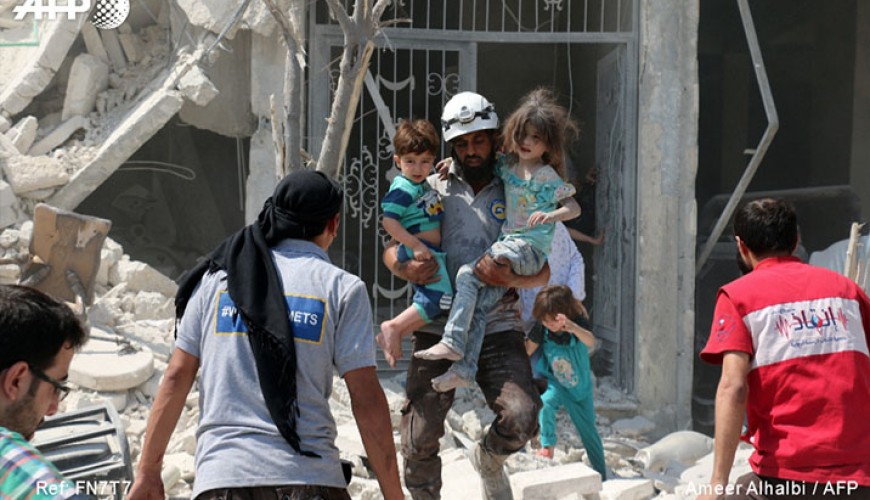 The French news agency AFP recently revealed the truth of the images used from time to time by various media outlets loyal to Assad regime by accusing Syria Civil Defense "White Helmets" of fabricating the massacres that Assad regime being accused of committing crimes against civilians.

The French agency published on its site in its French version recently an archive of a photo album taken by its photo/grapher, "Amir al-Halabi" in Aleppo in August 2016, in a report refuting the allegations accusing the Syrian opposition and the White Helmets of fabricating pictures of a girl rescued from the rubble.

Many pro-Assad media outlets use the three photos of a girl who appears to be rescued from under rubble and in each photo by different man carrying here. The publishers see these images as proving the Syrian opposition and White Helmets fabricate photos and videos to accuse the regime of killing civilians and shelling residential areas.

In its report, the agency confirmed that the three photos are of the same girl but at the same incident, which was the bombardment carried out by regime forces and targeted civilians gathering in al-Maadi neighborhood on 27 August 2016 and that the three photos were published on its website in one album featuring other photos taken by its photo/grapher Amir al-Halabi. 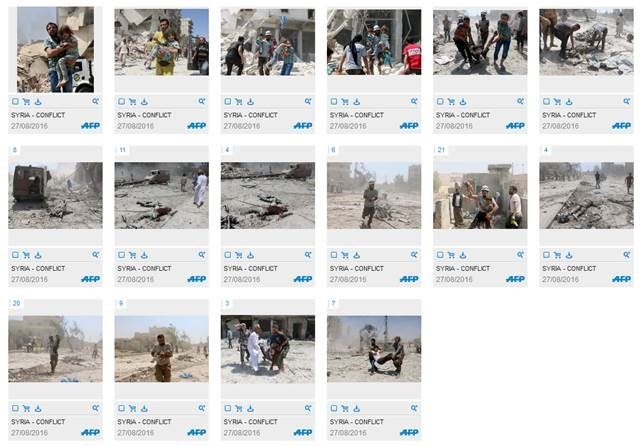 The photo/grapher, "Amir Halabi" in a statement to Verify-Sy confirmed that the images referred to were taken in less than two minutes, while the White Helmets were removing rubbles and searching for survivors after the massacre which he described as "terrible," noting that the first photo that The child appears in the hands of one of the members of the Civil Defense who picked up her first then he handed her over to one of the volunteers (a civilian who is not a member of White Helmets) because the rescuer also carried another girl who was pulled out of the rubbles. The child then taken to one of the paramedics then to the hospital for treatment.

first photo: the child being carried by White Helmets volunteer 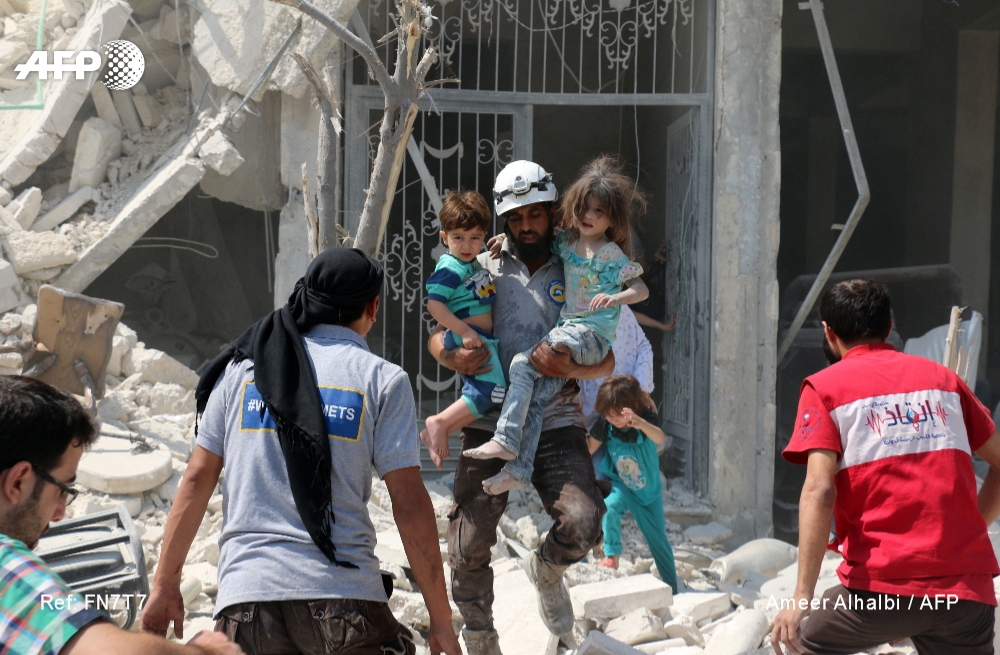 second photo: a civilian carries the child from the volunteer 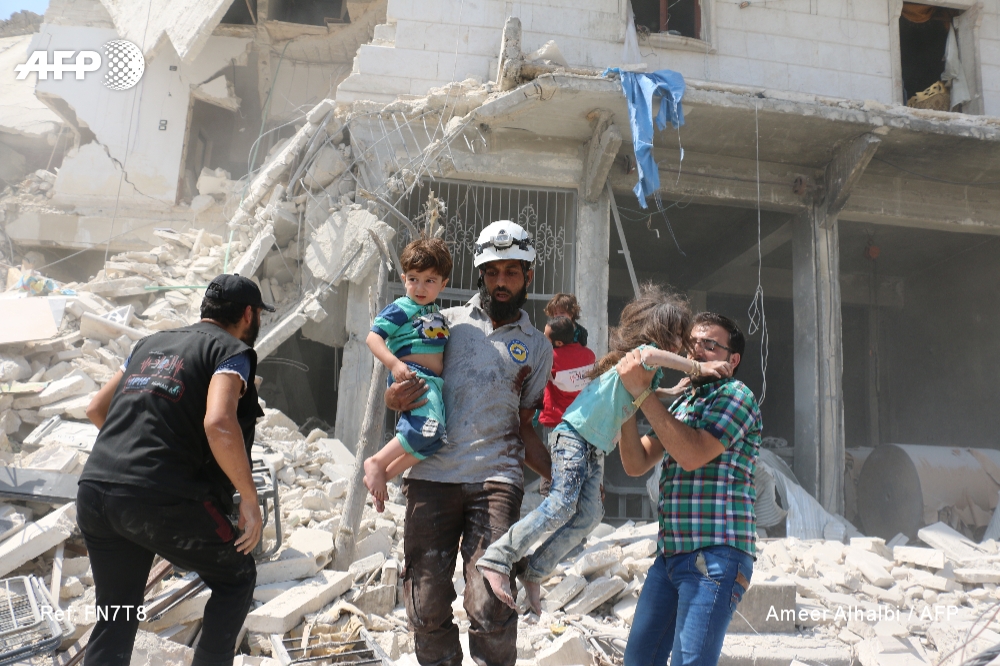 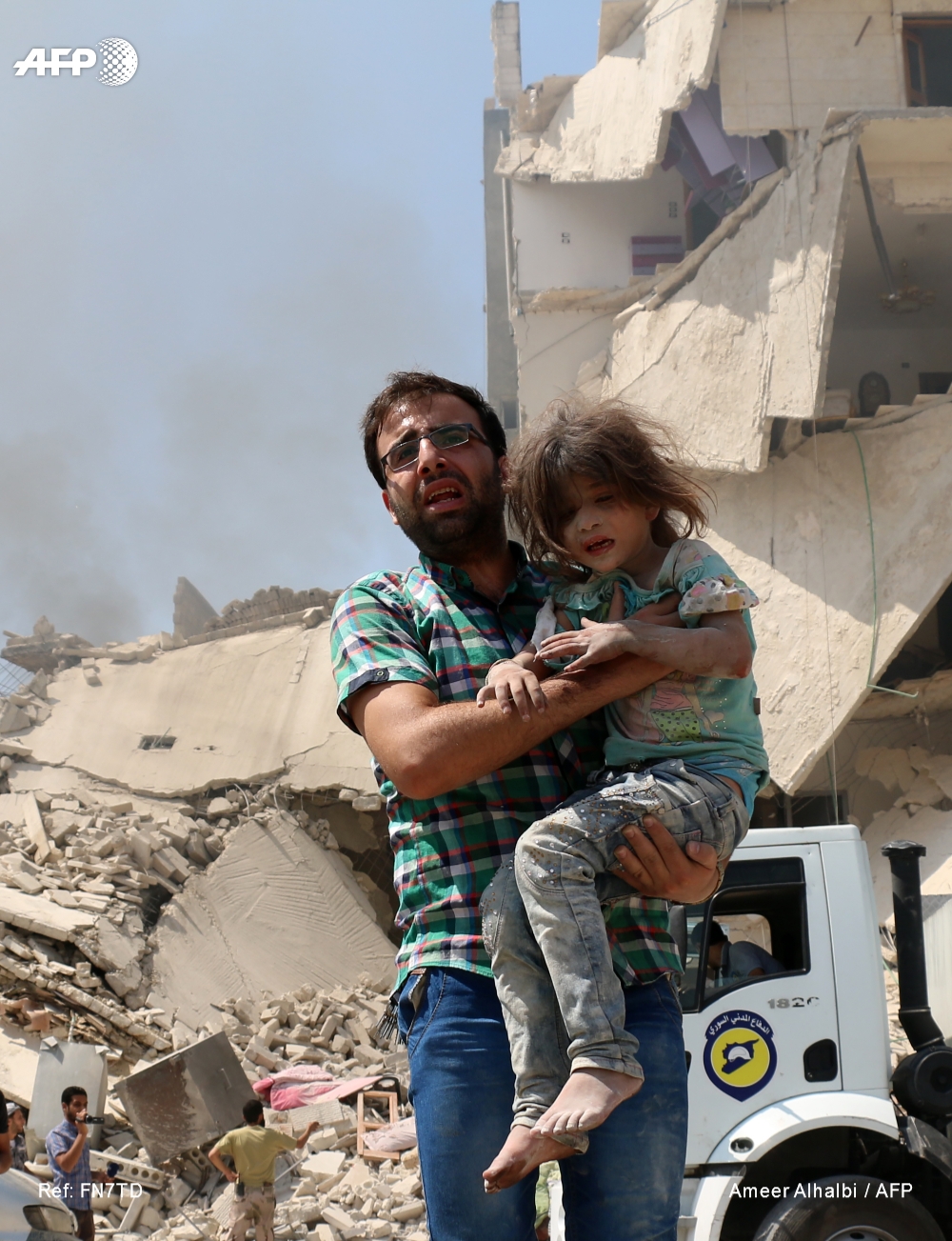 the fourth photo:the child carried by a paramedic 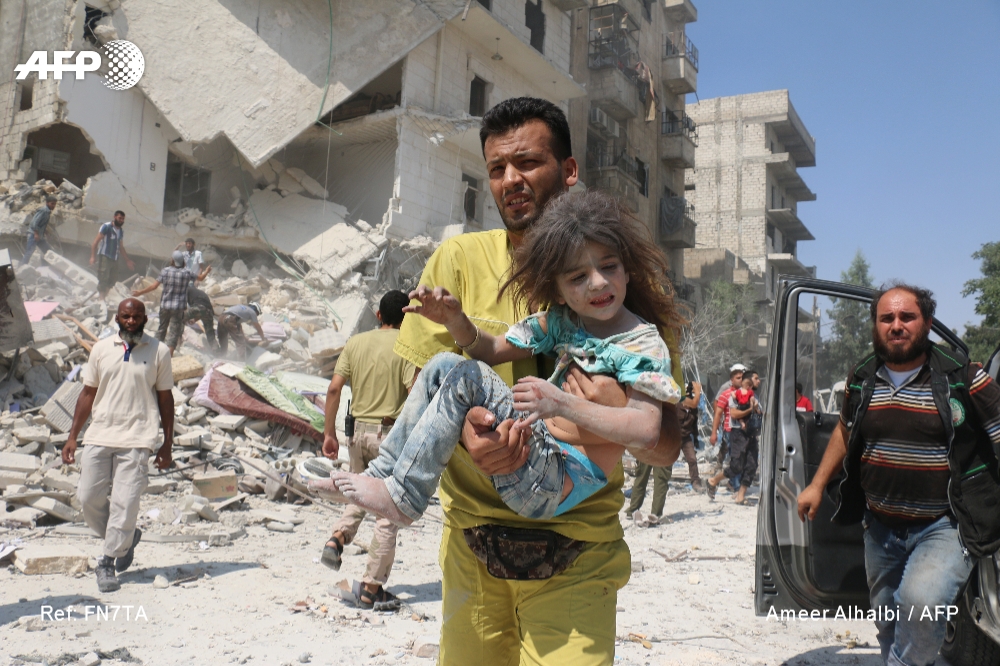 Verify-Sy also shares a video of the massacre in the Maadi neighborhood, which was under the control of the Syrian opposition factions at that time, and it killed 22 civilians in addition to dozens of injuries.