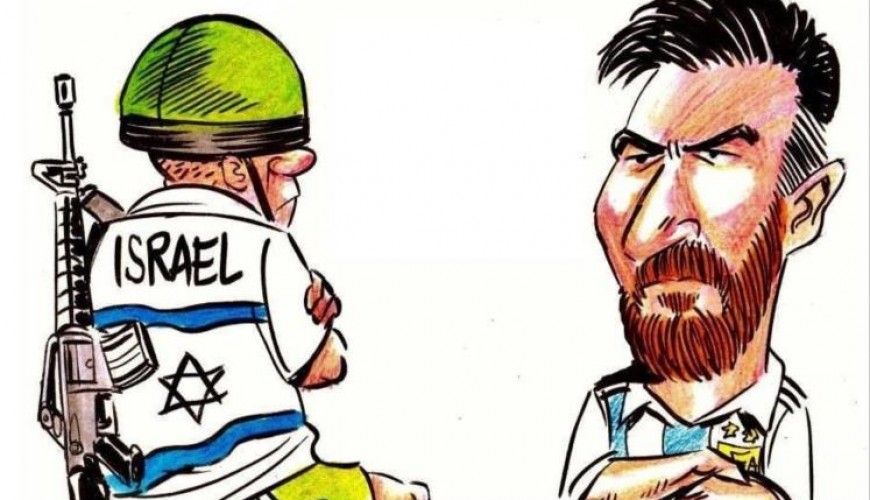 Syrian and Arab news websites shared news that the friendly match between Argentina and Israel was cancelled, but majority of websites said the reason behind it is because Argentinean star Lionel Messi refused to play this match.

Skynews Arabic website shared news saying “Israel is furious, what is Messi’s rule in cancelling Jerusalem match?” and cited claimed statement by Gonzalo Higuain to Haartez website saying that the final decision about cancelling the match was taken by Messi who told us “how do we play while many Palestinians are suffering?”, Higuain also considered Messi’s decision was correct.

Verify-Sy searched news and official statements published by Haaretz on its English website but turns out Higuain didn’t mention Palestinians and their suffering neither do Messi.

Higuain told ESPN “they've finally done the right thing. Rationale and health come before everything else. We think it's best not go to Israel.”, Haaretz said that the real reason behind cancelling the match was because Argentinean players fear their safety after received warning to not play the match.

Aljazeera Net website shared the news and titled “Messi raises the red card against Israel” saying that Messi was behind the decision to cancel the friendly match.

The website cited a report from El Mondo Deprotivo that Messi answered the calls to cancel the match and said the report mentioned that both Messia and Argentina coach Sampaoli said playing in Jerusalem in these circumstances will put the team in a useless political conflict.

But Syrian website Zaman al-Wasel debunked any claims or statement from Messi or Sampaoli cited from Spanish or Argentinean websites about why the match was cancelled.

According to Zaman al-Wasel, El Mondo Deportivo mentioned that pressure is what pushed Argentinean team to suspend the match, it also reminded of Palestinian protests and what the chief of Palestinian FA said “they would burn Messi’s shirt and photos and stop supporting him if he decided to play the match in occupied Jerusalem”.

The Spanish website didn’t only focus on Palestinian threats and its turn in cancelling the match but also mentioned something many people tried to hide which is that Argentina will play 2 friendly matches with Israel but after the World Cup ends.