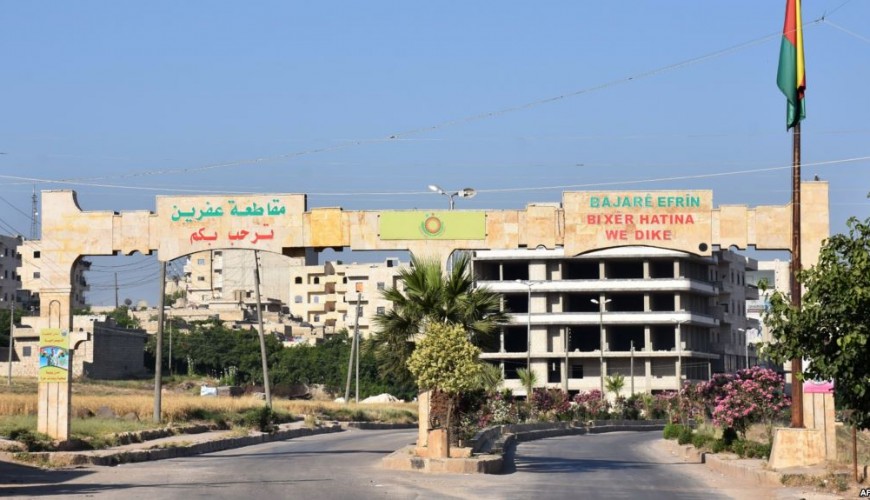 Amnesty International published today a report titled “Syria: Turkey must stop serious violations by allied groups and its own forces in Afrin” about the humanitarian situation in Efrin city and the violations committed by Turkish-back Syrian rebel groups there.

Amnesty official account on Twitter shared the link of the report and added “Residents of #Afrin in #Syria are going missing - and Turkish troops are turning a blind eye. Afrin civilians have already lived through hell under #IS rule. #Turkey should be protecting them - not giving free rein to abusers.”

Verify-Sy would like to remind audience that the information mentioned by Amnesty account regarding ISIS controlled Efrin is not true.

Verify-Sy read the report which was published today but didn’t find any mention of the fabricated claim on ISIS controlling Kurdish-majority Efrin in the past 7 years.

Since the protests erupted in Aleppo province and the peaceful protests turned to an armed revolution which followed by forming armed groups, in mid-2012 Efrin was under the control of Democratic Union Party PYD control until March 2018 when Syrian rebel groups announced it captured the whole city with support from Turkish army in Olive Branch operation.

Worth to mention that from mid-2013 to mid-2017 ISIS controlled villages and areas east Efrin in Aleppo countryside before it was kicked out by Euphrates Shield operation before Turkey announced the end of the operation in July 2017.