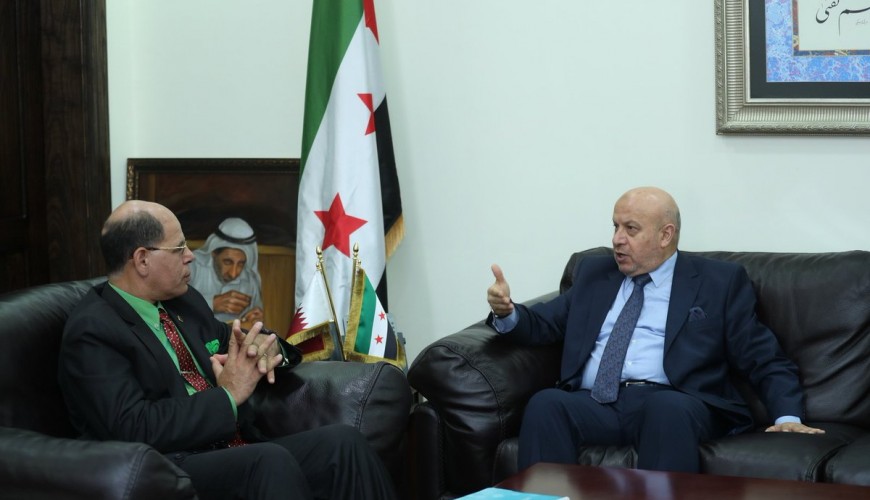 The websites also said that “this meeting is the first since the outbreak of the Syrian crisis”.

Verify-Sy searched for the source of this news and it turns out that Ambassador Nizar al-Heraki who met the general secretary of Qatari Foreign Ministry doesn’t represent Assad regime but the Syrian opposition.

Back in early 2013, Qatar handed over the building of the Syrian Embassy in Doha to the Syrian Opposition after it withdrew its ambassador and cut diplomatic ties in mid-2011.