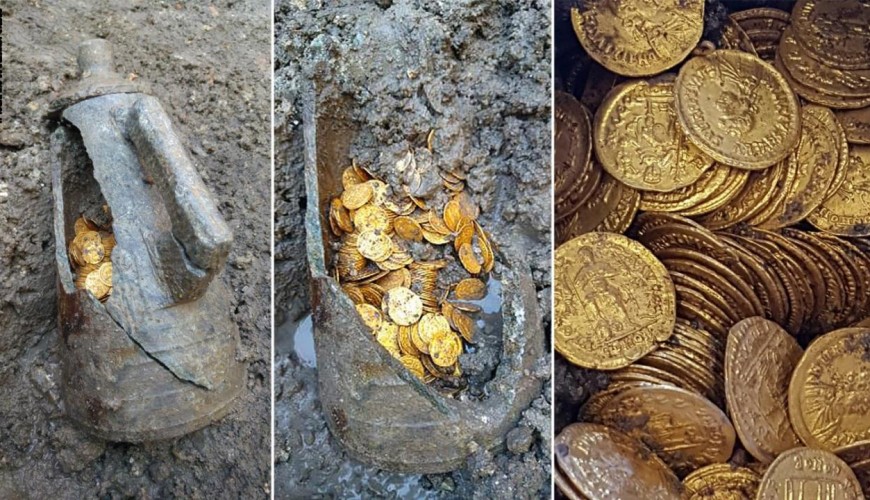 These photos of golden coins not from Efrin

Social media news pages and personal accounts shared news saying a fighter of Faylaq al-Sham found an ancient jar full of golden coins in Nabi Huri area in Efrin after a month and half of digging.

The pages and accounts shared photos of what appears to be a jar filled with golden coins but these photos are not from Efrin following a reverse-search conducted by Verify-Sy.

According to CNN Arabic website these photos of a golden coins from the Roman era found lately in an ancient theater in Como city north Italy.

Worth to mention that Nabi Huri areas is located 45km north-east Efrin city and has an ancient castle called Nabi Huri castle yet Verify-Sy can’t verify for sure that a golden coins were found there lately.