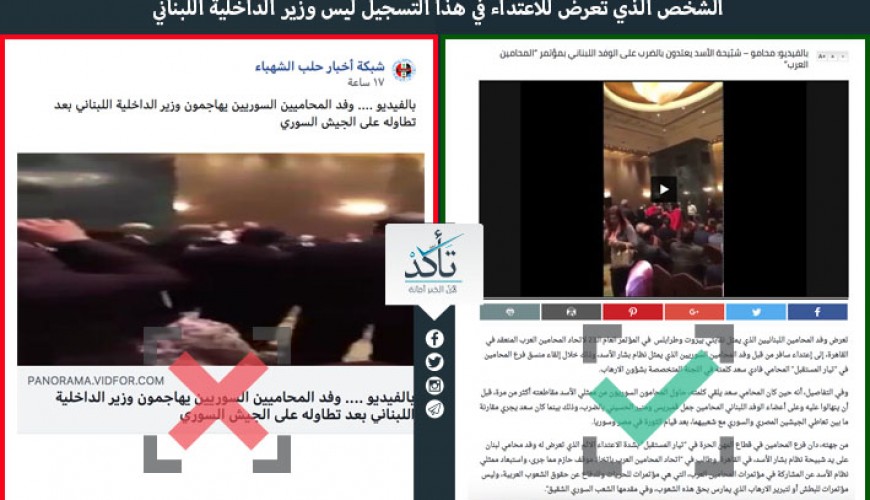 Pro-regime social media news pages and websites shared a video showing verbal and physical attack against a man delivering a speech after he compared the Syrian and Egyptian armies and how they interacted with the people in Syria and Egypt after the Arab Spring.

The websites and pages said the person who was assaulted is the Lebanese Interior Minister "by Syrian lawyers delegation who attacked him after he talked bad about the Syrian army" according to them without mentioning the date and time of this incident.

Verify-Sy searched for the source of this video and it turns out it is from early 2015 and it happened during the Arab Lawyers Summit in Egyptian capital Cairo, the person who was assaulted is not the Lebanese Interior Minister but a Lebanese lawyer from Future Movement called Fadi Saad and who assaulted him were 2 pro-regime Syrian lawyers.

Worth to mention that other Syrian lawyers assaulted 2 other lawyers from Future Movement and they are Jamil Qambris and Mounir al-Housaini according to an official statement by Future Movement about the incident that caused huge displeasure from Lebanese lawyers.