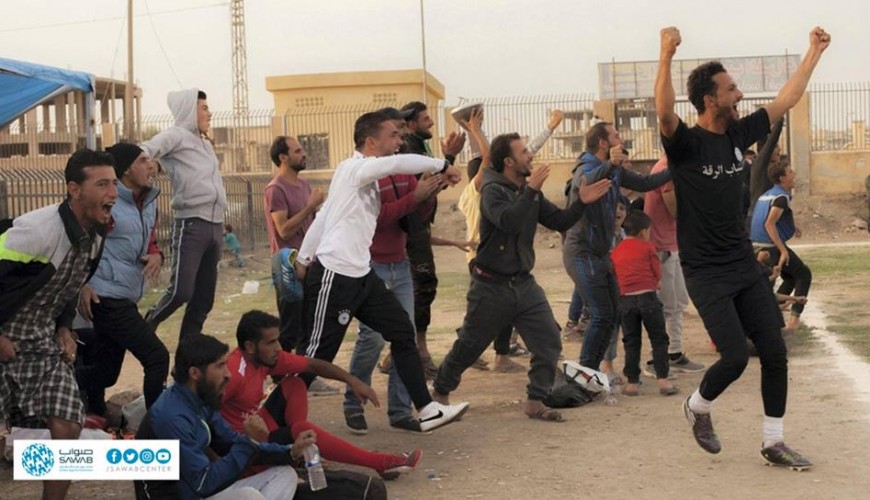 US Embassy in Damascus official account shared a post two days ago promoting peace and safety in Raqqa city with a photo of young men celebrating inside a stadium.

The page said a game between Manbij and Raqqa teams in the “Black Stadium” ended up by Raqqa team win, the page said the name of the stadium comes from ISIS crimes happened in it such as execution and torture when it was control Raqqa for 3 years before Syrian Democratic Forces captured the city with the help from US-led coalition in October 2017.

Verify-Sy searched for the source of this claim and it turns out that the “Black Stadium” has this name since it was built in 2006 and also knows as the Municipality Stadium, the Stadium contains 15k seats and ISIS has no connection in naming it.

Worth to mention that according to local activists from Raqqa city that the photo shared by US Embassy in Damascus page is not from the Black Stadium but from Euphrates Stadium in Raqqa city.

People’s Protection Units YPG is considered the leading force of Syrian Democratic Forces which have been controlling Raqqa for around a year with US support.