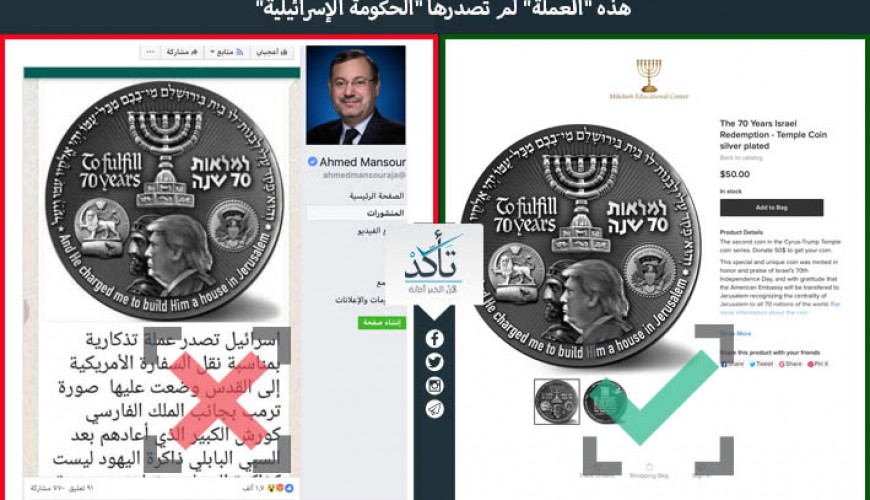 Journalists and activists on social media websites shared a photo of a coin with Hebrew and English writing on it with two engravings on it one for US president Trump and the other for the first Persian king Cyrus the Great.

Verify-Sy searched for the source of this claim and it turns out that the coin wasn’t issued by the Israeli state but by an Israeli culture center called “the Israeli Mikdash Educational Center” which usually issue these coins to sell it and finance the center like this coin.

Verify-Sy attach the link of the center’s website which is affiliated to a Jewish educational center and the website shows other coins and medals for sale. 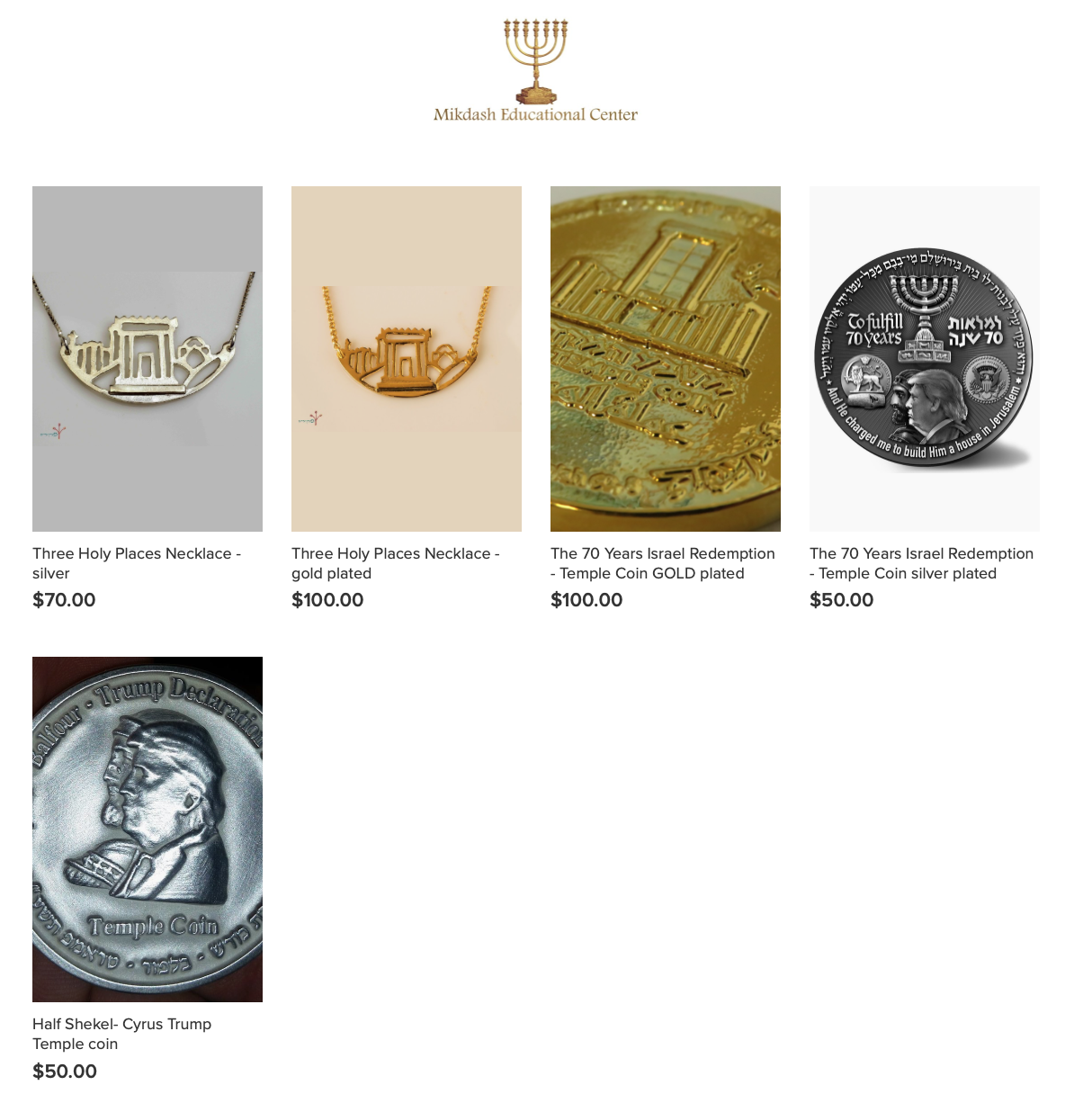