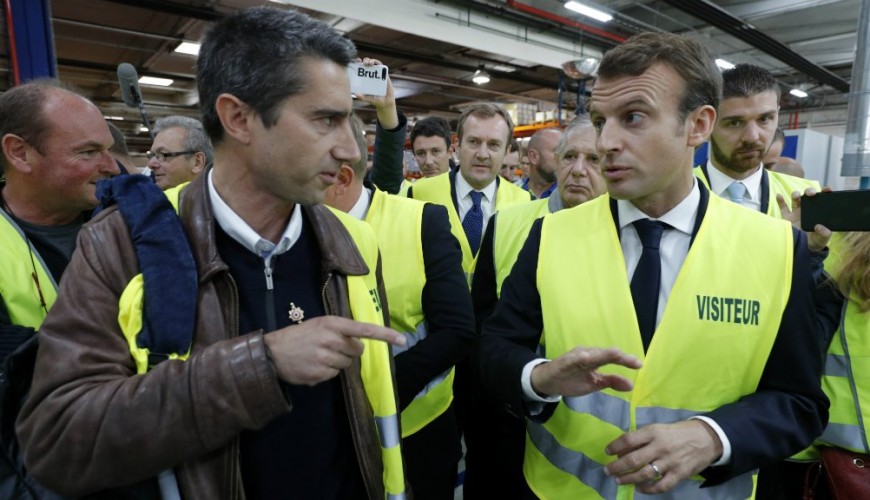 Social media news pages and personal accounts shared a photo of the French president Macron wearing a yellow vest while other accounts shared a video showing protesters throwing an egg at him while he was talking in front of the camera.

Following a research conduct by Verify-Sy, it turns out that the photo of Macron wearing the yellow vest was taken in October 2017 when he visited Whirlpool factory in France.

The video showing someone throwing an egg toward him is also old and happened in March 2-017 during a visit to an agriculture expo in Paris before he became the President of France.

Worth to mention that Paris and other French cities have been witnessing protests against the Government decision to raise tax on fuel as majority of the protesters complained about high living expense while others demanded Macron to resign.