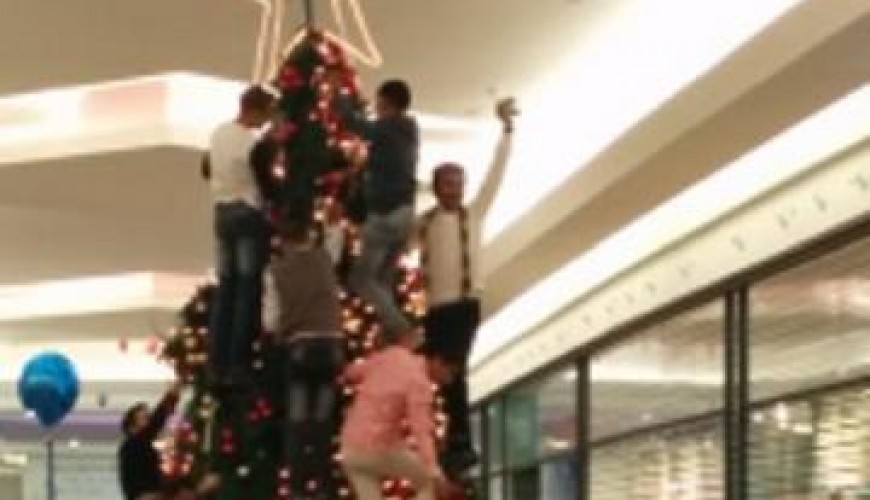 The refugees in Germany didn't destroy a Christmas tree

Several followers sent to Verify-SY a video showing a group of young men while they were destroying a Christmas tree inside what appears to be a mall.

During the video, we can hear a woman speaking in German accusing the refugees of preventing Germans from celebrating Christmas. She said that Muslims don’t celebrate Christmas and that several Christmas celebrations in Dortmund were canceled due to refugees.

Verify-SY searched for the source of this claim and it turns out this video is not from Germany nor Europe but from 6 October City in Egypt two years ago.

According to Egyptian news websites, this video shows a crowd in Al-Arab Mall in 6 October City in January 2016. The video was being shared as in Egypt showing people destroying a Christmas tree.