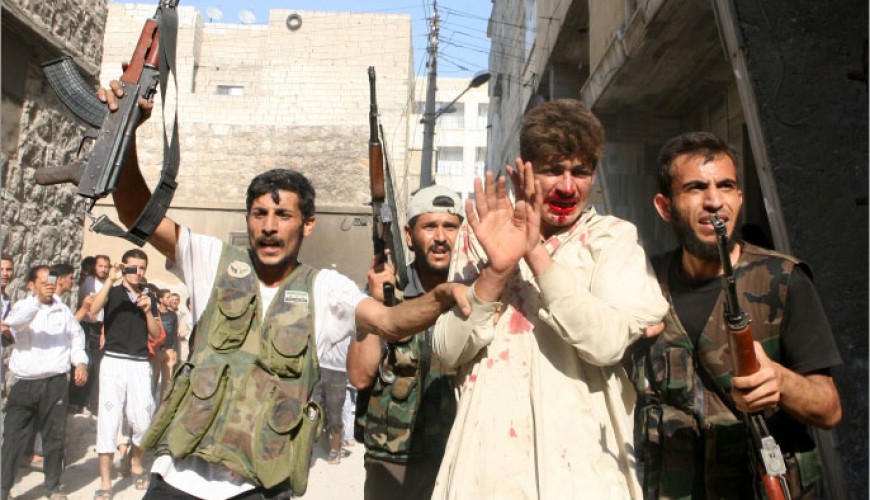 Mostafa Bali the head of the press office of Syrian Democratic Forces SDF shared the video on his account and said: this is the mentality of #Turkey backed groups in Syria commit massacres against some civilians who did not accept the way these groups work.

this is the mentality of #Turkey backed groups in Syria commit massacres against some civilains who did not accept the way these groups work.

these terrorists will commit the most ugly massacres against the Kurds if they reach the Kurdish region. pic.twitter.com/BmwUoZS9a5

He added: these terrorists will commit the most ugly massacres against the Kurds if they reach the Kurdish region.”

Verify-Sy would like to remind audience that this video is of a field execution in Aleppo eastern neighborhoods after armed opposition groups captured it in late July 2012.

Another video of the same incident was posted by Syrian activists on YouTube showing several members of pro-Assad regime Berry Clan in a school and some of them were injured and among them Ali Zein al-Abdeen Berry known as Zeino Berry the head of the group then they were taken outside and executed while some locals cheered the execution.

Worth to mention that the Joint Commandership of the Free Syrian Army issued a statement at that time following the incident and condemned the field execution against a group of regime militia.