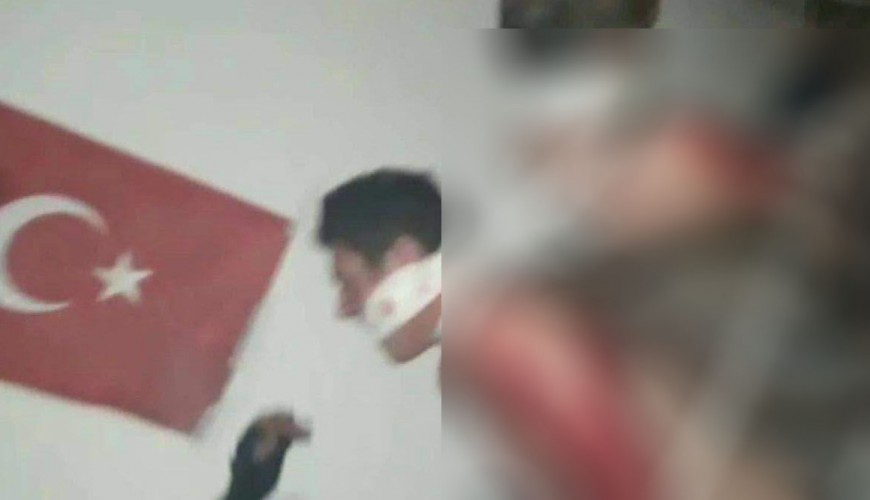 Is this a “leaked” photo from a Turkish prison in Efrin?

Social media news pages and personal accounts shared a photo showing to men tied up and beaten and in the background a Turkish flag.

The pages and accounts said this photo was “leaked” from inside a prison in Midan Akbes village in Efrin which is under Turkish-backed forces control.

Following a reverse-search conducted by Verify-Sy, it turns out that the photo is of 2 Syrian men who were kidnapped in Istanbul on 24 January.

According to statements by friends of the two men to Syrian media, this photo was sent to them on Whatsapp to ask for 100k$ ransom for their release.