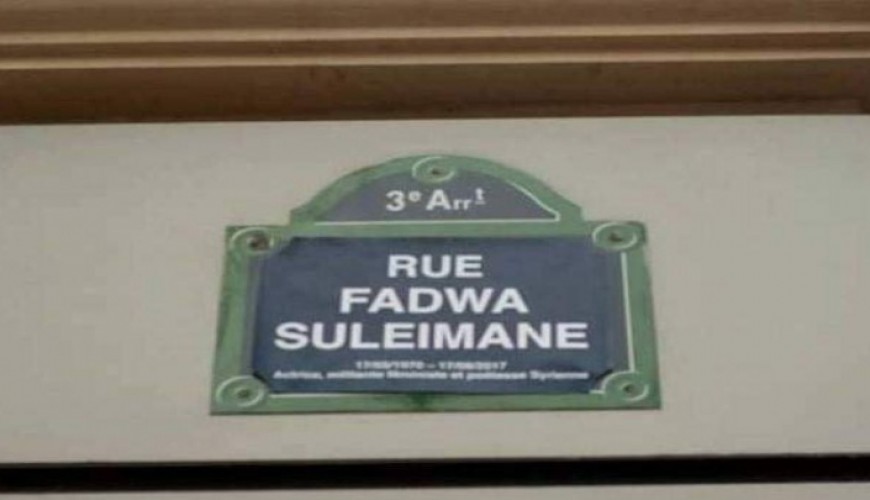 The websites and accounts said the street is in the Third District in the heart of Paris and naming the street after her is an honorary for her.

Verify-Sy searched for the source of this claim but it turns out the Municipality of Paris didn’t name a street after Fadwa Suleiman, a group of women and activists during the International Women’s Day named several streets in Paris after female heroines including Fadwa Suleiman. The proposal was sent to Paris Mayor according to Thaer Zaazoa the brother-in-law of Fadwa Suleiman.

Fadwa Suleiman died in August 2017 in France after a battle with cancer and was known for her opposition to Assad regime and supported the Syrian revolution since the beginning.