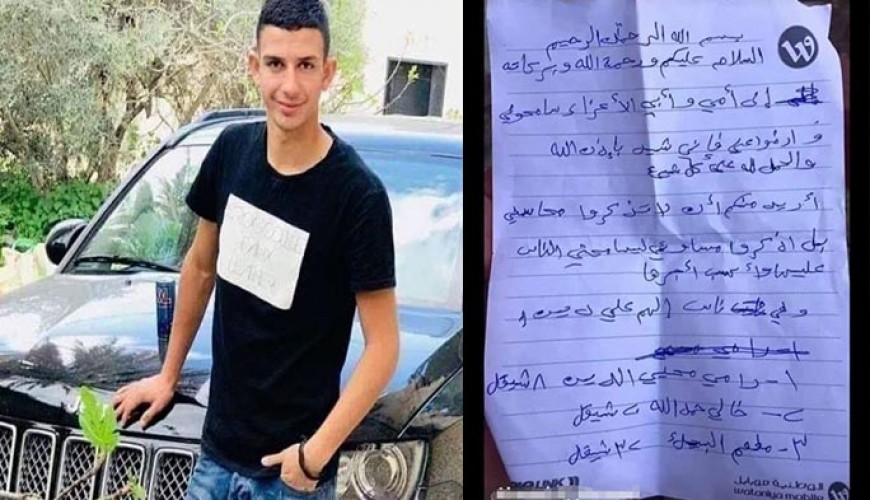 Is this the will of Palestinian martyr Omar Abu Leila?

Social media accounts and news websites shared a photo of a paper said to be the will of Omar Abu Leila he wrote it before he was killed by Israeli soldiers. 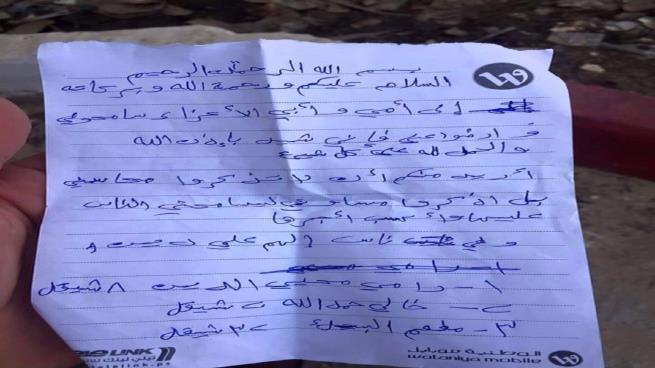 According to the text written, it appears to be a death will written by someone who asked his family to pay for his debts to his friends and asked his parents to forgive him because he died as a martyr.

Verify-Sy searched for the source of this claim and it turns out that this will is not by Omar Abu Leila but for Ahmad Yousef Ismail Amer who was killed in 2016 by Israeli soldiers while trying to stab them near al-Zawyie village.