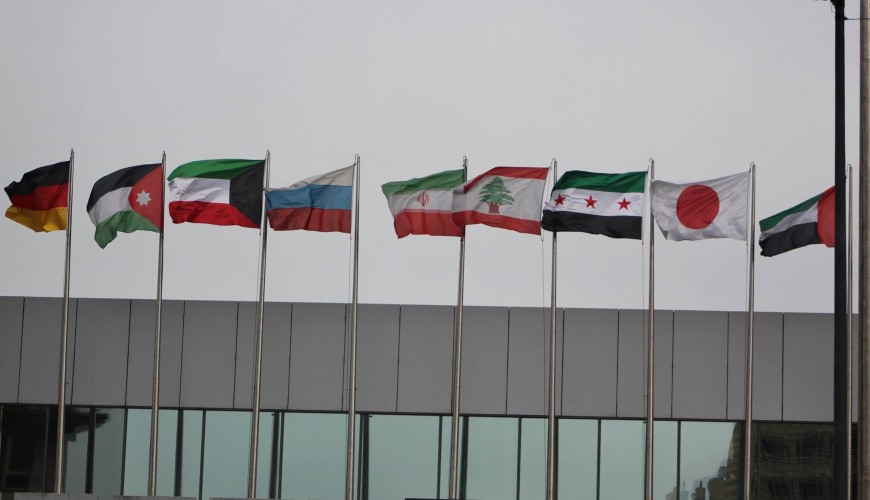 This is the building that raised Syrian revolution flag in Istanbul

Social media news pages and personal account shared a photo lately of a big building with several flags including the Syrian revolution flag with the three red stars.

The pages and accounts said the photo is from Istanbul Third Airport which Turkey said it is the biggest airport in the world and was partially opened late 2018.

Verify-Sy searched for the source of this claim using OSINT tools, it turns out that the photo was taken in Istanbul but not of the new airport but of Intercontinental Istanbul Hotel in Taksim square.

Verify-Sy used Google Street View to see the building and found the Syrian revolution flag on it on April 2018.

Syrian opposition use the Syrian revolution flag with the three red stars in the middle which was used before Baath coup in 1963 but the Turkish state still use the other flag with the 2 red stars as the official Syrian flag in state buildings like airports and universities such as Gaziantep University.