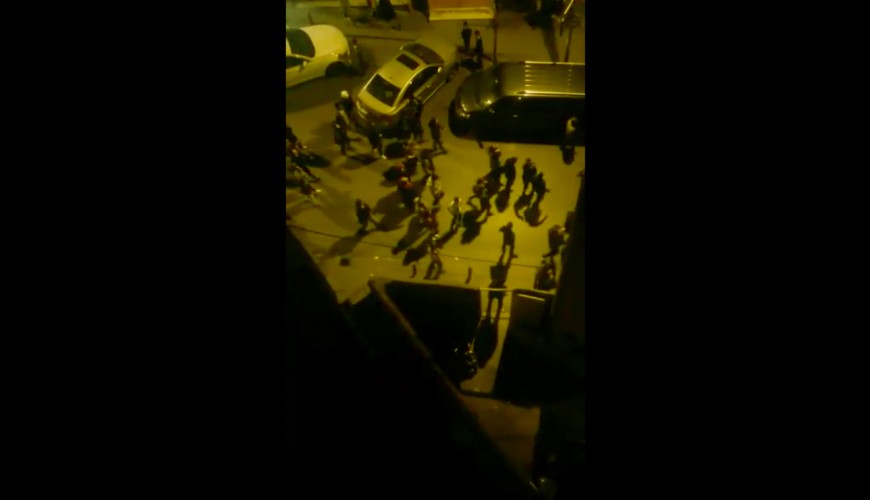 Arabic-speaking social media accounts and pages posted a video that seems like a night protest, attached to the news of residents of Kanarya neighborhood inKüçükçekmece area in Istanbul are angry because of the death of a child. These pages claimed that a Syrian young man raped a five years old child, and then he threw her down on the street.

Verify-Sy checked the news; it turned out that the incident took place on 23 April in Kanarya neighborhood, it also turned out that the child who had been sexually assaulted is still alive; she was brought to a hospital suffering from bleeding and severe injuries.

In remarks to the press, The Turkish Interior Minister Süleyman Soylu stated that he was informed by the General Directorate of Security of Istanbul that it will apprehend the perpetrator, while Turkish media sources said that the perpetrator is an 18 years old Pakistani man.

The video, which was attached to the news, was posted in October 2014 to YouTube. According to the video’s title, it shows Kurdish activists in Kanarya neighborhood in Istanbul protesting against ISIS, following the takeover of Kobane (Ayn al-Arab) city in the north-east of Aleppo. The video was posted 5 years ago which refutes any connection between it and the sexual assault on the child in Istanbul.

A massive protest by residents of the neighborhood where the incident took place erupted, demanding the arrest of the perpetrator and holding him accountable, while the child remains in ICU after being brought there by her relatives. The Ministry of Family and Social Policies pledged to provide the necessary support for the child and her family.