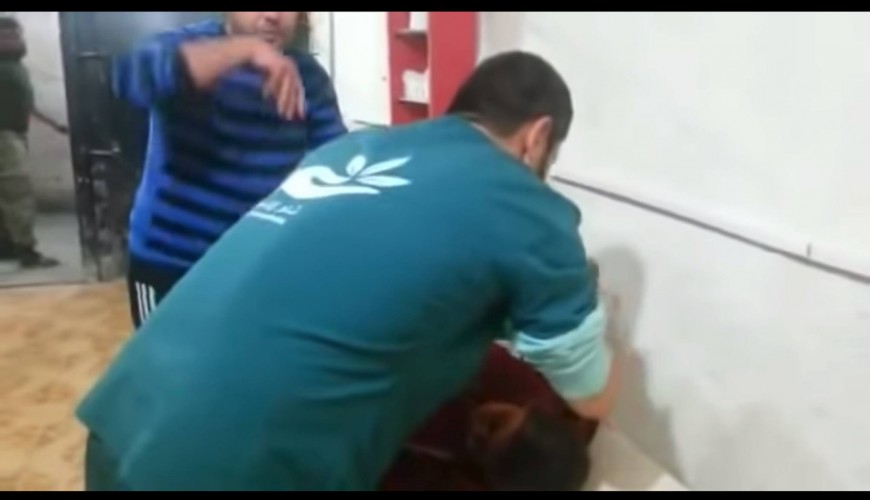 The publishers of a video, which has been spreading recently on social media, said that it shows (Turkish men collecting organs of Syrian children).

The video shows a female child crying, calling her father and uncle, and surrounded by a group of men in a room, which seems like a medical center or a field hospital; the video shows another newly injured boy being treated.

Verify-Sy checked the original source of the video; it turned out that it shows a medical treatment of civilians who were injured because of Russian bombing on Al-Kassabia town in southern Idlib countryside on 11th of December 2015; Verify-Sy could also find clips of the original video which was posted by Shaam News Network (SNN) to its YouTube channel.

Moreover, SNN posted an interview with the girl, Zainab, who appeared on the recording with her father two years ago. The father emphasized that two of his children, his brother and nephew were killed by an airstrike at the time.

Social media accounts and pages posted the same video two years ago claiming to be of organ theft of Syrian children in Turkey which prompted the father to deny these rumors.

A Russian aircraft targeted a bread distribution center in Al-Kassabia school at the time simultaneously with people gathering in front of the center to get bread; the airstrike left 5 people dead, including 3 children.