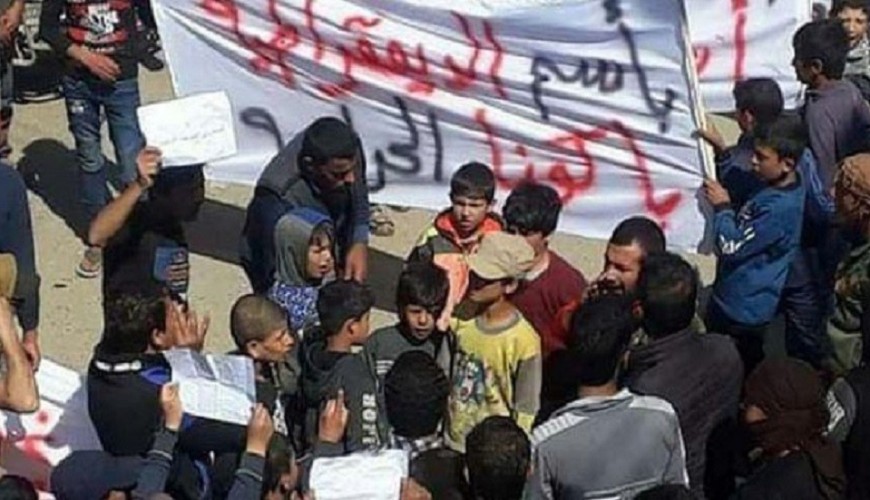 What is the truth behind the killing of anti-SDF demonstrators in Deir al-Zour countryside?

Media outlets reported that Syrian Democratic Forces (SDF) killed 3 civilians by live bullets in Deir al-Zour countryside, during a demonstration that demanded the removal of SDF from the city.

“Local sources said that members of SDF opened fire on a massive protest in al-Daman village in northern Deir al-Zour countryside, which denounced SDF’s practices and demanded its removal of their villages and areas, which lead to the killing of 3 civilians”, Syrian Arab News Agency (SANA) reported.

Verify-Sy reached out to various sources in Deir al-Zour countryside, they denied any fatalities during the dispersion of the demonstration, which erupted in Sour area, its villages, and villages in western Deir al-Zour countryside; according to local activists, SDF members beat some demonstrators and fired bullets into the air in order to disperse the demonstration, no causalities were reported.

Activists from Deir al-Zour posted a video, which shows members of a SDF patrol being forced to leave the area by the demonstrators during the demonstration, with no resistance from the patrol’s members.

Verify-Sy also checked the data of the centers and groups that documents the violations in Syria, especially those that focus on Deir al-Zour: none of them mentioned any fatalities in Deir al-Zour in the past few days.