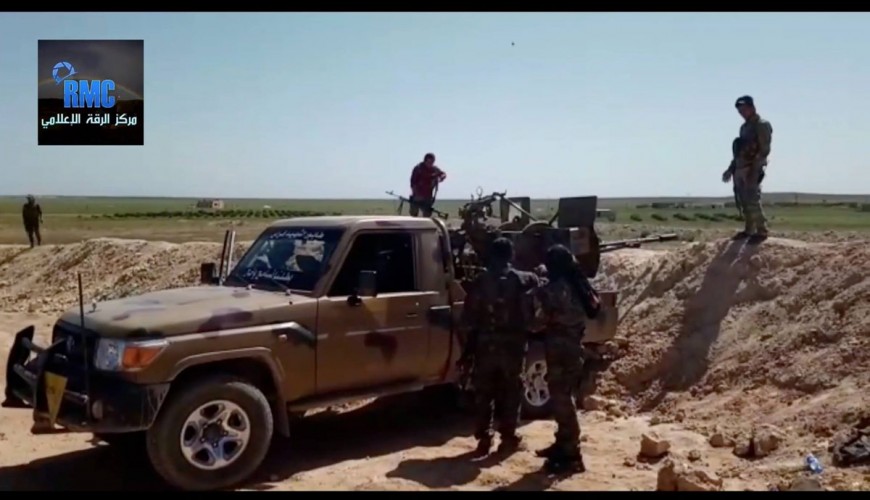 Raqqa: Assad forces has not advanced, nor clashed with SDF

The Russian news agency “Sputnik” reported, “The Syrian army managed to advance 3 kilometers on Friday in the southwest frontline of Raqqa, supported by the Russian and Syrian aircraft”.

The agency also noted that Assad forces has advanced into Syrian Democratic Forces held areas in southwest of Raqqa; the Syrian army has advanced 3 kilometer, from G’idien eastwards, to Huret al-Grayyat, to Sho’aib al-Zeker westwards.

Verify-Sy reached out to independent local press sources and local civilians, they asserted that there were no clashes between the two sides on Friday, and the troops of both sides are still holding the same points; SDF forces continues to control Huret al-Grayyat south of Aleppo in Raqqa countryside, while Assad forces are based in the southern outskirts of the village.

Field sources reported that Assad forces have started to erect earthen berms along their areas of control southern of Huret al-Grayyat village, in front of one of their checkpoints, at dawn on Friday. Immediately after that, SDF forces have erected similar earthen berms along the southern borders of their areas of control in the village, supported by The International Coalition aircraft, which flew over the area until SDF members completed erecting the earthen berms at noon.

It is worth mentioning that SDF, which People’s Protection Units YPG forms its core force, controls around 65% of Raqqa province, while Assad forces control the rest of it.