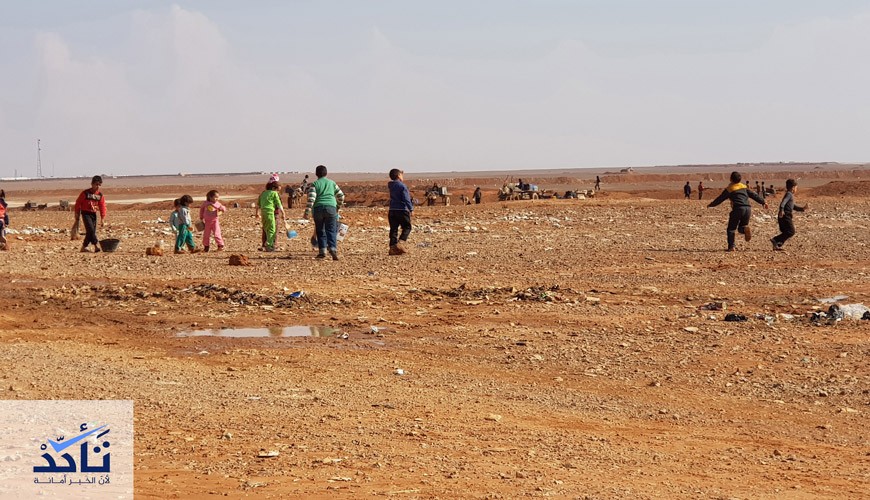 Do US troops hold civilians at Rukban camp?

The newspaper reported “US troops hold thousands of civilians (in Rukban camp) as a human shield in order to continue occupying al-tanaf area”.

Verify-Sy reached out to local sources and an independent newspaper in Rukban camp; they assured that residents of the camp are not subjected to restrictions on their movements to Assad-held areas.

According to the United Nations High Commissioner for Refugees (UNHCR), 7303 persons left Rukban between 24 March and 22 April, 36,000 are estimated to remain in the camp as of April 22.

Emad Ghali, a media activist who lives in the camp, told Verify-Sy that US troops does not exist in or around the camp, the nearest point for these troops is at al-Tanf border crossing, which is around 20 kilometers east of the camp.

At the same time, Ghali pointed out that Assad regime is the actual and only authority that controls people’s movement between Rukban camp and its areas of control, that happens through the coordinators (of the reconciliation) who usually coordinates the exit of civilians’ batches from Rukban to Assad-held areas.

"The Reconciliation" is a term that has been repeateldy promoted by Assad regime, since the beginnig of the retreat of "armed opposition", as a reconciliation between "outlaws" and the "Syrian State". In fact, "The Reconciliation" is the submission of one citizen, or a group of citizens who live outside regime control, to conditions that is determined by the regime itself, in order to allow these civilians to access its held areas; many cases of arresting young men, who “reconciled” with Assad regime in Deraa, Gouta, Homs etc, were documented.

“Reconciliation” processes begun at first by collecting the names of the persons who has decided to leave the camp to the Assad-held areas, then the names would be sent to the “security authorities” in Syria; the names that were accepted by the Assad regime would be allowed entry.

Ghali pointed out that this mechanism was recently changed; the coordinators of the “reconciliation” would inform the resident of the camp of a specific date/time, where everyone who has decided to head to Assad held areas must gather. He assured that the latest batch of civilians were about 4000 persons who headed to Assad held areas; they left the camp on 1 May.

On 24 April, Ursula Muller, the United Nations Assistant Secretary-General for Humanitarian Affairs, said at the United Nations Security Council “Food, medicines and other life-saving supplies delivered (at Rukban) in February are running out. The United Nations has requested access to provide life-saving assistance, but on Monday was informed by the authorities that such a convoy would not be possible.”