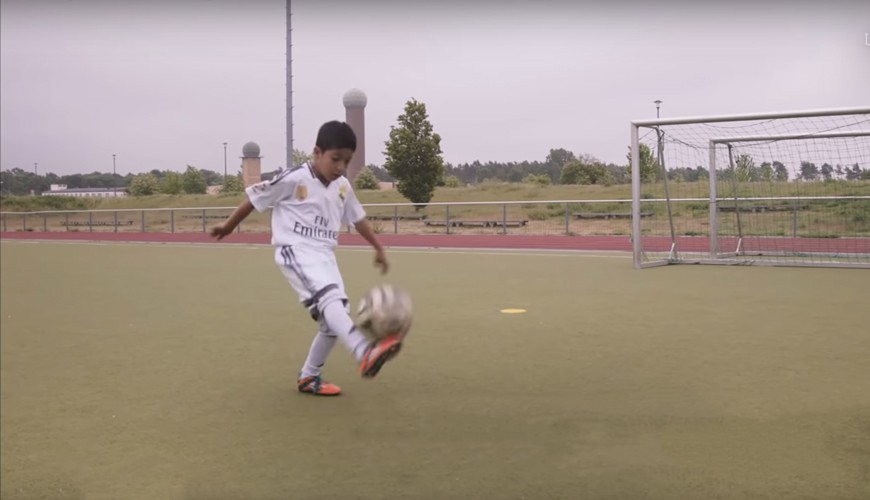 What is the truth behind the Arab "football wonderkid" in Germany?

Social media pages circulated a video of a child who has unique football skills in Germany.

“He is a Yemeni kid who lives in Germany”, some pages reported, while others said that he is from Aleppo or from eastern Syria.

Verify-Sy checked the video; it turned out that the child is Pietro Tomaselli of Belgian origin who was born in Italy, and plays for AS Rom Jugend. He is one of the emerging Italian talents for football.

Although the video is a combination of several videos of Pietro Tomaselli, Ahmad al-Zaher, a Syrian kid who lives in Germany, actually has impressive football skills. His family comes from Abu al-Duhur village in Idlib countryside; he was born in 2009 in the Syrian city of Jableh. He sought asylum with his family in Germany in 2016. Ahmad has become popular after a video of him showing his unique talent went viral on social media; several TV-channels reported about him.

Ahmad’s Facebook page has more than 20 thousands of followers; he regularly posts videos about his football skills.