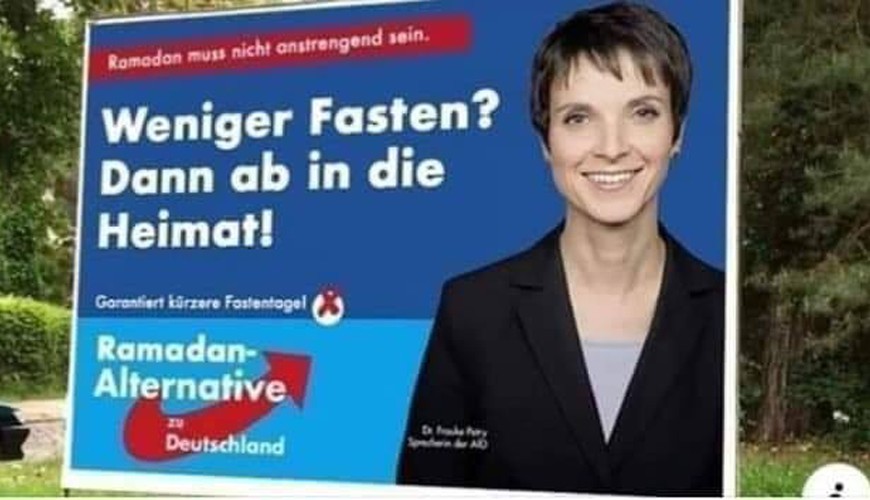 This is not just an old photo, it is also a fake one

Social media accounts and pages circulated a photo of a poster attributable to Alternative for Germany party AfD, which read “Shorter fasting? Then go back to your homeland!”


Those who posted the poster on social media said that it is widespread in Germany; they considered that it is urging refugees to return to their homelands if they want to shorter periods of fasting.

Verify-Sy check the photo; it turned out that it shows Frauke Petry who was the former leader of the AfD for almost two years, before she resigned from it in September 2017.

The poster is actually fake; the German satirical news website, Noktara, designed and published it in a sarcastic report in May 2017. Bento news website, which belongs to Spiegel Online, has promoted this fake poster; this coincided with 2017 German federal election, when AfD won seats in the Bundestag for the first time.

AfD is known for opposing the German open-door refugee policy in 2015. It has based its campaign on spreading fear of a possible Islamization of the country, with an increasing number of refugees who has come to Germany from countries where Muslims make up the majority of the population.