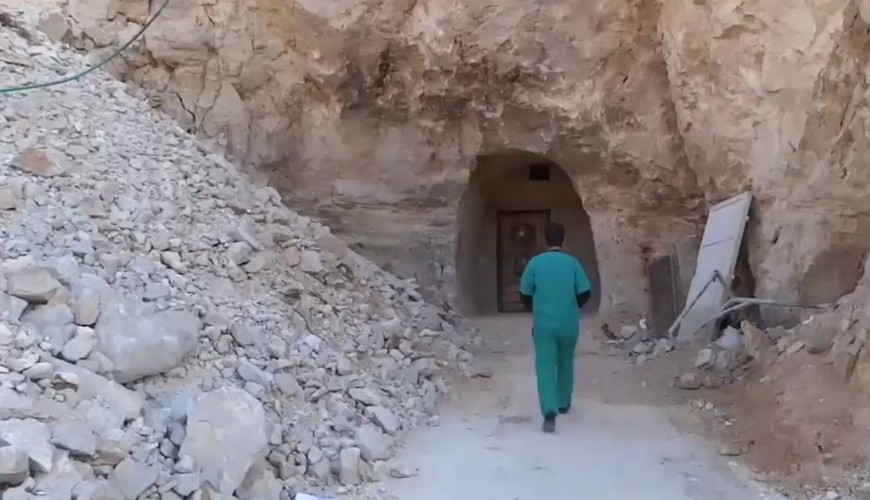 “Al-Magara Cave Hospital, which was established by the Turkish forces, in Kafr Zeta, Hama was put out of service due to Russian airstrikes on 5 May,” media outlets and social media pages reported.

They claimed, “The hospital is fully supported by Turkey, and was established by the Turkish forces, in Kafr Zeta town two years ago, during Turkish efforts to establish field hospitals in the Terrorists-held areas northern Syria.”

“Al-Magara Cave Hospital was established before Turkey had sent troops to Syria in August 2016. The hospital is listed in the directorate’s entry under the name of The Surgical Unit in Kafr Zeta. Its contents were moved from Kafr Zeta Specialty Hospital to an underground building, after destroying the headquarter by a Russian airstrike in 2016,” a source at HFHD said.

The hospital was named Martyr Dr. Hasan al-Araj; it was bombed more than 6 times, the latest of which was on Sunday, which has completely destroyed it and put it out of service.

The hospital is supported and funded by Physicians Across Continents through World Health Organization WHO. The hospital was established in 2002 as Kafr Zeta Specialty Hospital private hospital. At the beginning of the Syrian revolution, it was turned into a field hospital, and it was destroyed by Russian airstrikes in 2016.