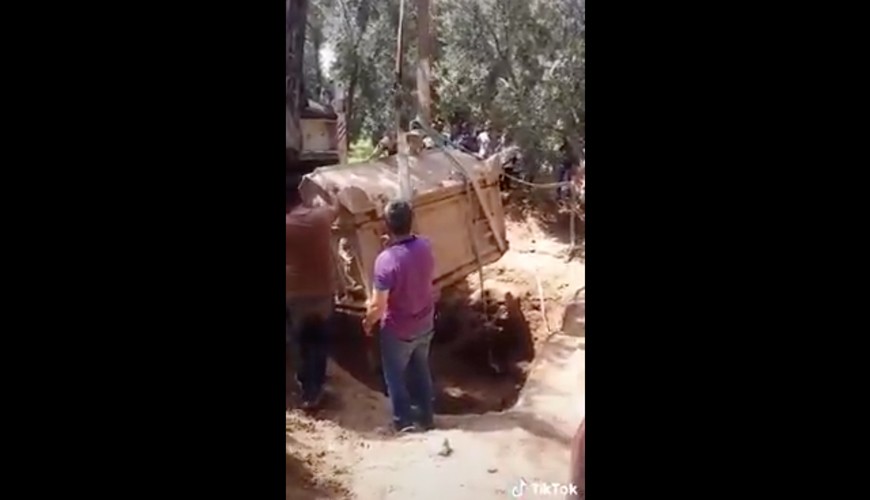 This video was taken in the Turkish city of Bursa, not in Afrin

A video was circulated on social media, which shows Turkish-speaking individuals while they were extracting antiquities from a hole in a farmland. It was claimed that the extraction took place in Jinderes town in the Syrian city of Afrin.

Social media pages claimed that armed factions and Turkish forces were “looking for antiquities in the farmlands of Jindiris by using digging machines, in order to extract and then transferring them to Turkey to be sold on gray market.”

Verify-Sy checked the video; it turned out that it was taken in İznik town, which is also known by its ancient name Nicaea, in the Province of Bursa. The Roman coffin was found in 2017 as well as 3 other coffins that were found in a nearby place in 2015, 2016, and 2018.


Yeni Şafak, a Turkish newspaper, reported that the Gendarmerie General Command, a service branch of the Turkish Armed Forces, caught some individuals red-handed while they were illegally digging for antiquities, and found antiquities. After that, specialists at Iznik Museum checked the place, and reported that the discovered antique is a box-shaped alabaster coffin that dates back to Roman times. Another two coffins, which also date back to the Roman era, were discovered in September and November 2015, according to the report.


Turkish websites posted some photos of the coffin after it had been transferred to Inzik Museum.