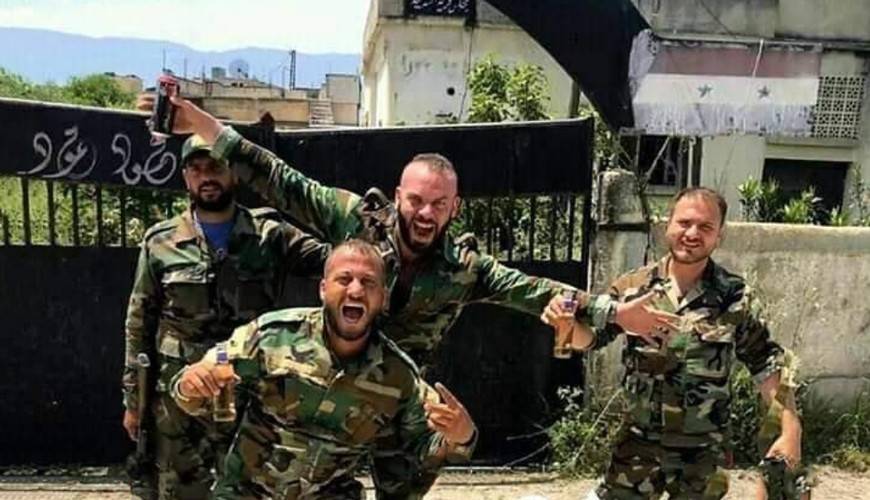 A pro-Assad tweeter, @Partisangirl, posted a photo of 4 soldiers who seems cheerful in front of a building, which holds a banner reading “al-Shari’a Village Council”; she wrote: “The Syrian army drinking beer outside a Sharia court after victory over #AlQaeda in south #Idlib.,” on Sunday. 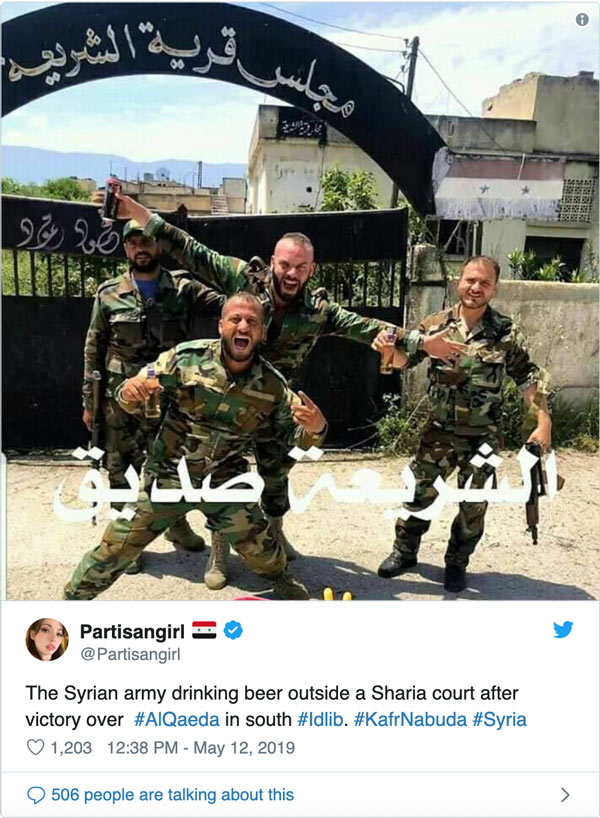 Verify-Sy would like to clarify that “al-Shari’a” is the name of a village in Hama countryside, and that the photo was taken in front of al-Shari’a Village Council; it is not a Shari’a court.

Assad forces and Russian air force had been bombing al-Shari’a village for the past several years, which caused tens of fatalities, in addition to destroying residential buildings and public utilities.