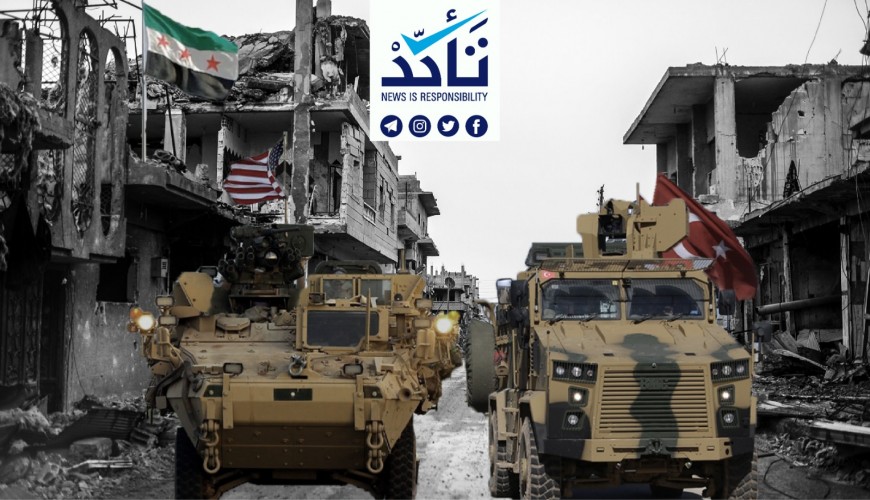 Did US and Turkish forces engage in Hama countryside battles?

Pro-Assad regime social media pages posted a video of Suhail al-Hasan (nicknamed The Tiger), a Brigadier General in Assad army, in which he says that his fighters “confronted US and Turkish special forces in the latest battle in Idlib.”

Verify-Sy reporter in northern Syria assured that opposition factions are the ones who retook Kafr Nabudah, in addition to other Islamist factions, of which the most important are: Hayat Tahrir al-Sham HTS and Hurras al-Deen.
Our reporter also assured that Turkish-backed Syrian National Army sent troops from their areas of control in northern Syria (where Operation Euphrates Shield and Operation Olive Branch took place), in addition to other areas in Aleppo northern and eastern countryside.

Our team inquired with the Syrian National Army spokesperson, Yusuf al-Hammoud, about these allegations; he assured that the fighters who engaged in the battles mainly originated in Idlib and Hama countryside, in addition to those who were forcibly displaced by Assad regime in the past years.

Al-Hammoud denied any existence of US forces in northwest Syria; he also denied any support from Turkey's armed forces during the battle, stressing the continued presence of Turkish observation points in Idlib, Hama, and Latakia countryside.

It is worth mentioning that Assad official media outlets have not reported the news of US or Turkish forces engagement in the latest battle in Hama; these rumors were only circulated on social media.

Opposition forces retook Kafr Nabudah town, and Tell Huwash and al-Humairat villages in Hama countryside, after heavy fighting between opposition factions and the regime forces over the past few days.