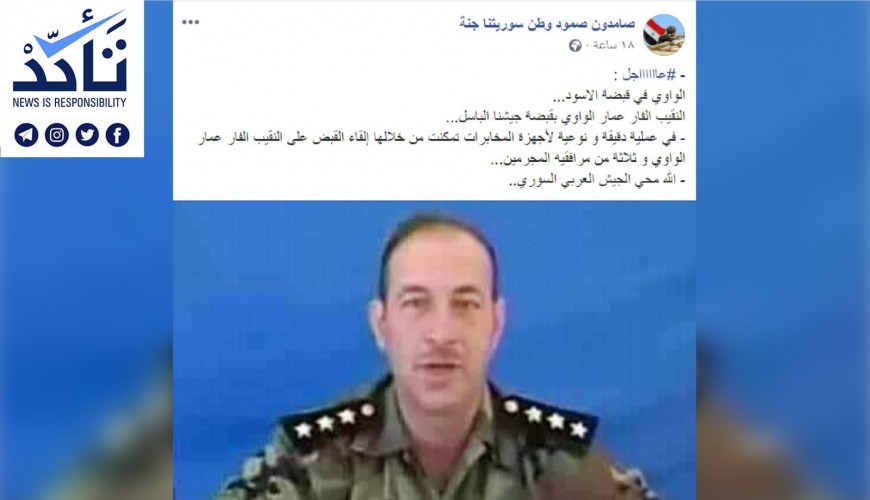 Assad forces defector captain Ammar al-Wawi denied being arrested by Assad forces, in response to rumors that were circulated on social media.

Mr. al-Wawi told Verify-Sy that such rumors are untrue. He also told us that he has never heard of them before despite them being circulated on social media, assuring that he lives in Germany since a while.

They claimed that the captain is currently in the grip of Assad regime forces. Since his defection in mid-2012, rumors have spreads about him being kidnapped or arrested.