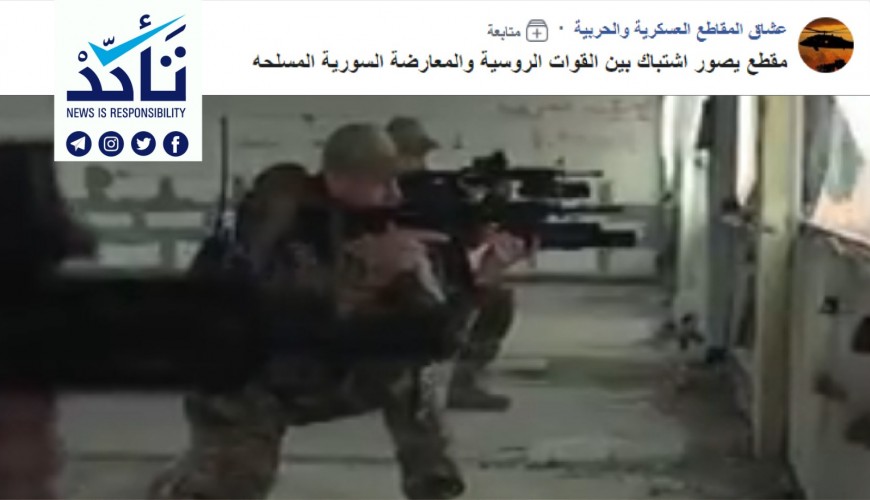 This video is not of clashes between the opposition and Russians, it is a film clip

A Facebook page, interested in military videos, posted a video claiming it is of “clashes between Russian forces and Syrian opposition factions.”

The video shows mutual clashes, sniper attacks, Arabic writings, and a conversation in English, without providing any further details about the time and place of the video. It was viewed 400k+ times and received 6.6k+ reactions.

Verify-Sy checked the video; it turned out that it shows a film clip from “Sniper: Legacy” movie, which was directed by Don Michael Paul and released in 2014.

The film story is about a military pursues an assassin, whom he believes has killed his father and other officers He later learns his father is alive and that he has been deceived by his commanders to make him trace the assassin.

Sada el-Balad, an Egyptian TV channel, broadcast a video claiming that it shows Russian bombardment on the Islamic State in Iraq and Levant ISIL. It turned out that the video was actually taken from “Apache: Air Assault” video game.