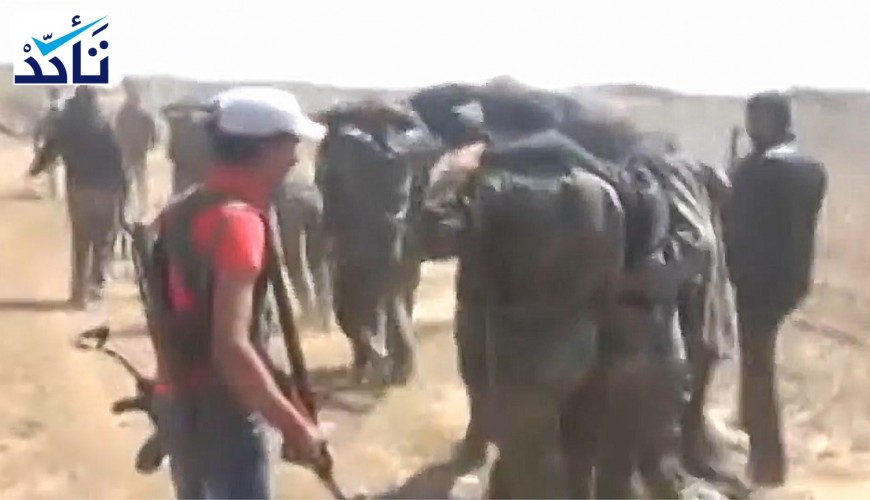 This video of Assad forces prisoners was taken in Daraa, not Hama countryside 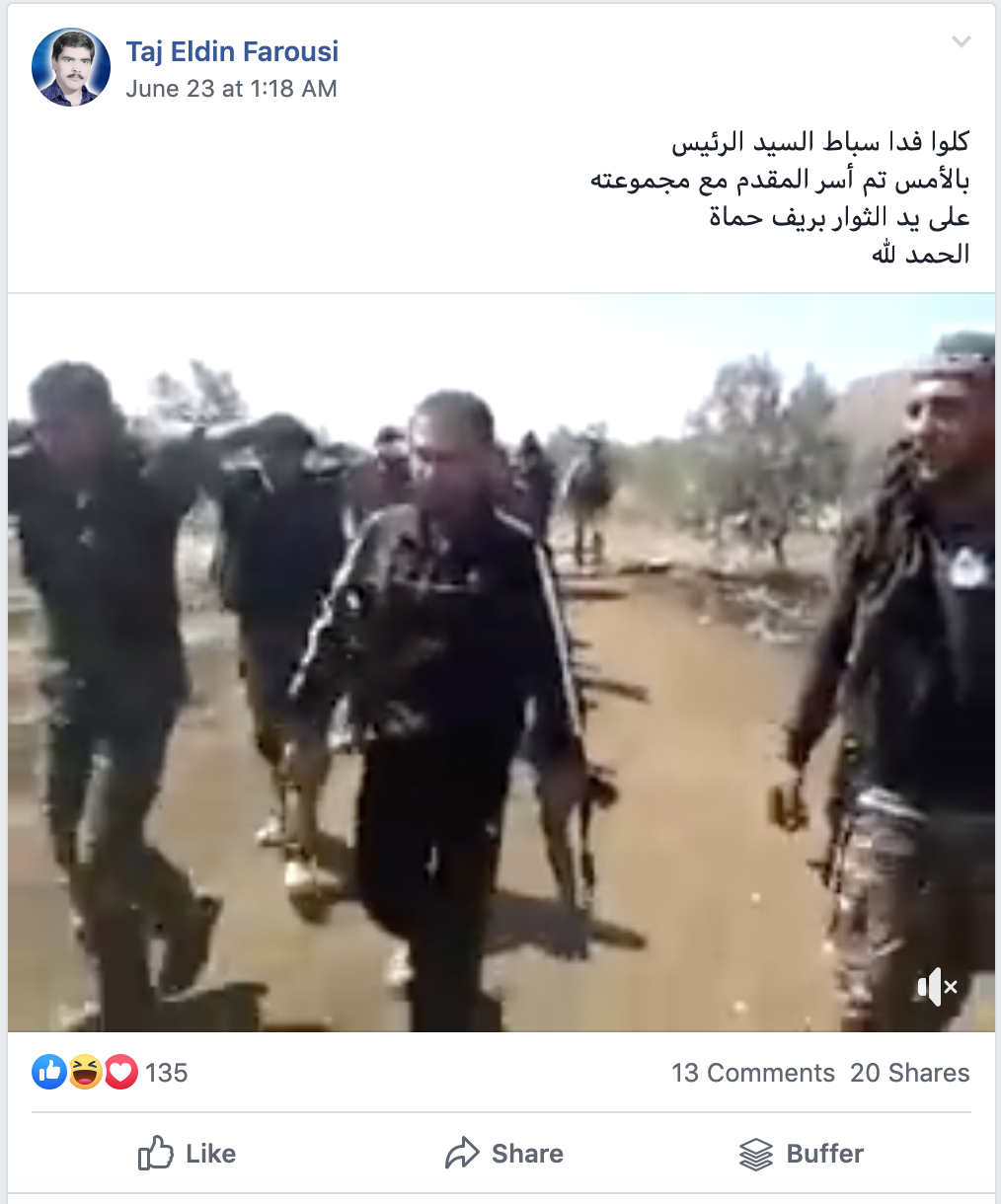 Verify-Sy fact-checked the claims; it turned out that the video had been circulated on social media in June 2014. It shows Assad forces captives captured by opposition factions during a successful military operation of the latter to seize control of Tal al-Jumou’ hill in Daraa’s western countryside.

Furthermore, a source who is well informed about the geo/graphy of the area assured that the hill which is shown in the video is Tal al-Jumou’ hill.

Intense clashes are still ongoing between opposition factions on the one hand, and regime forces and their allies on the other hand, in Hama’s countryside, while civilians are fleeing the area.

Last month, the UN described the Syrian regime's barrel bombing campaign on de-escalation zones as the worst for at least 15 months.