This video was taken in Kazakhstan, not in Syria

Social media accounts circulated a video of soldiers fleeing a massive blast claiming that it hit the Russian Hmeimim Air Base in which is located in Latakia’s countryside. 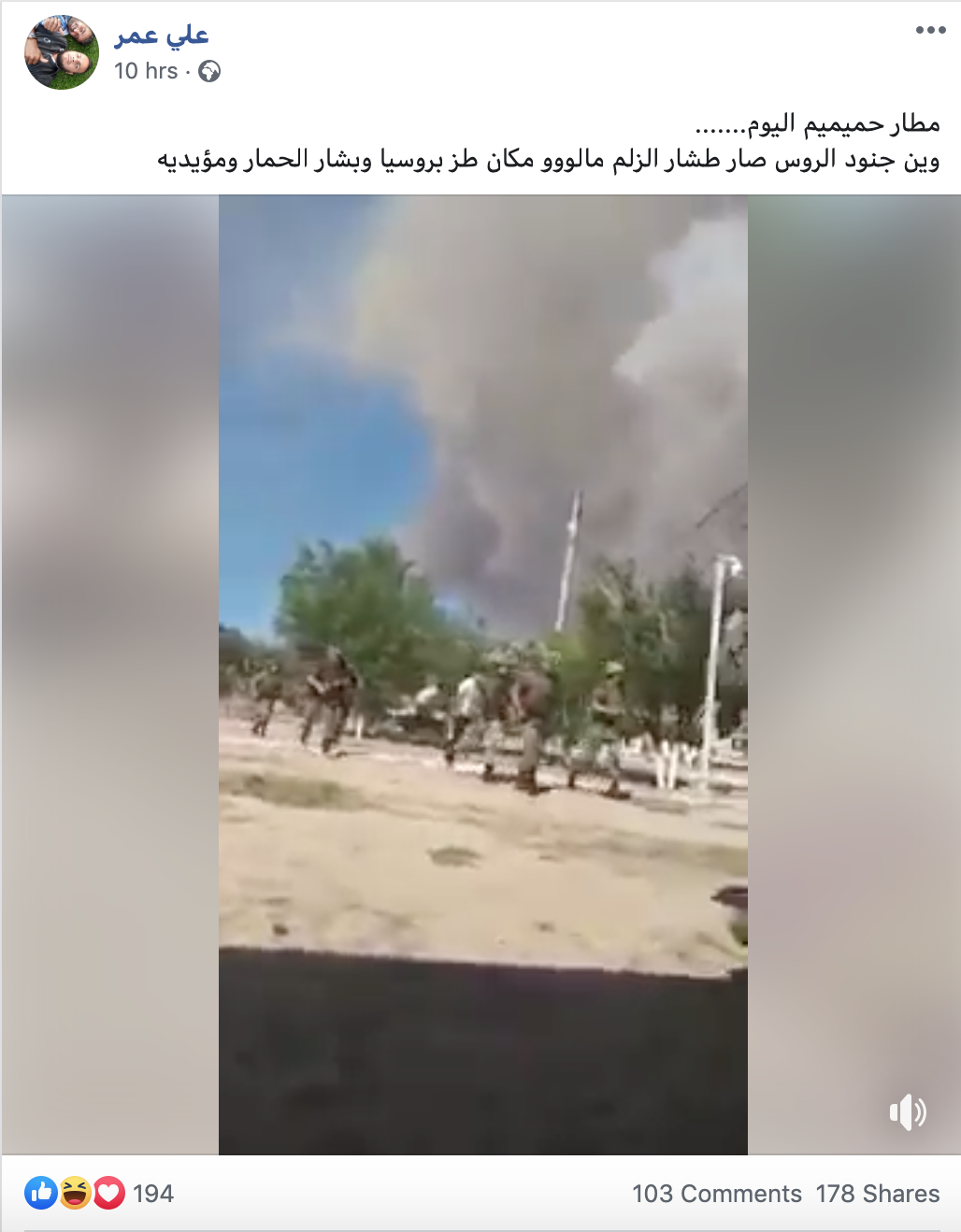 Verify-Sy fact-checked the claims; it turned out that it shows blasts at military warehouse in the Republic of Kazakhstan.

One civilian was killed and dozens were injured because of the blasts in the town of Arys, according to the Kazakh authorities.

In response to bombing civilians at their area of control, opposition factions have repeatedly bombed Hmeimim Air Base in Latakia’s countryside,