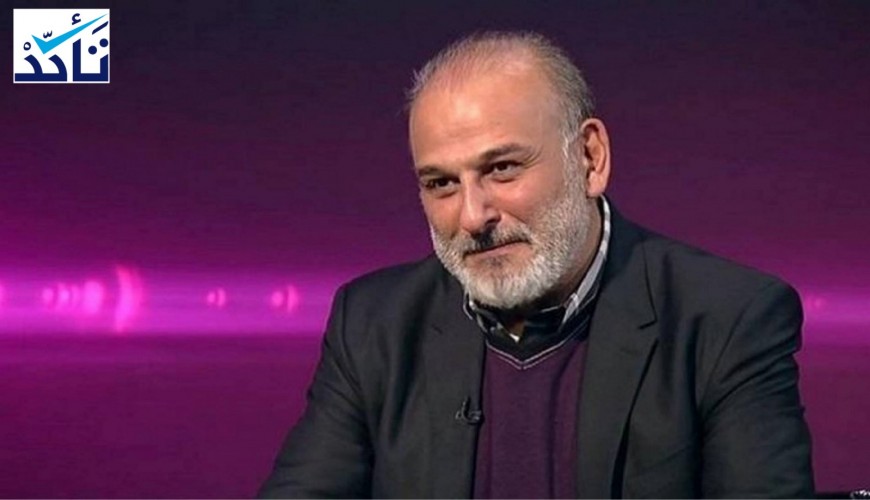 Syrian Dissident Actor Denies Rumors about His Stance on Assad

Social media accounts have attributed a statement to Jamal Suliman, a famous Syrian actor, producer, director, and dissident, claiming that the statement shows “his stance on the Syrian crisis”. 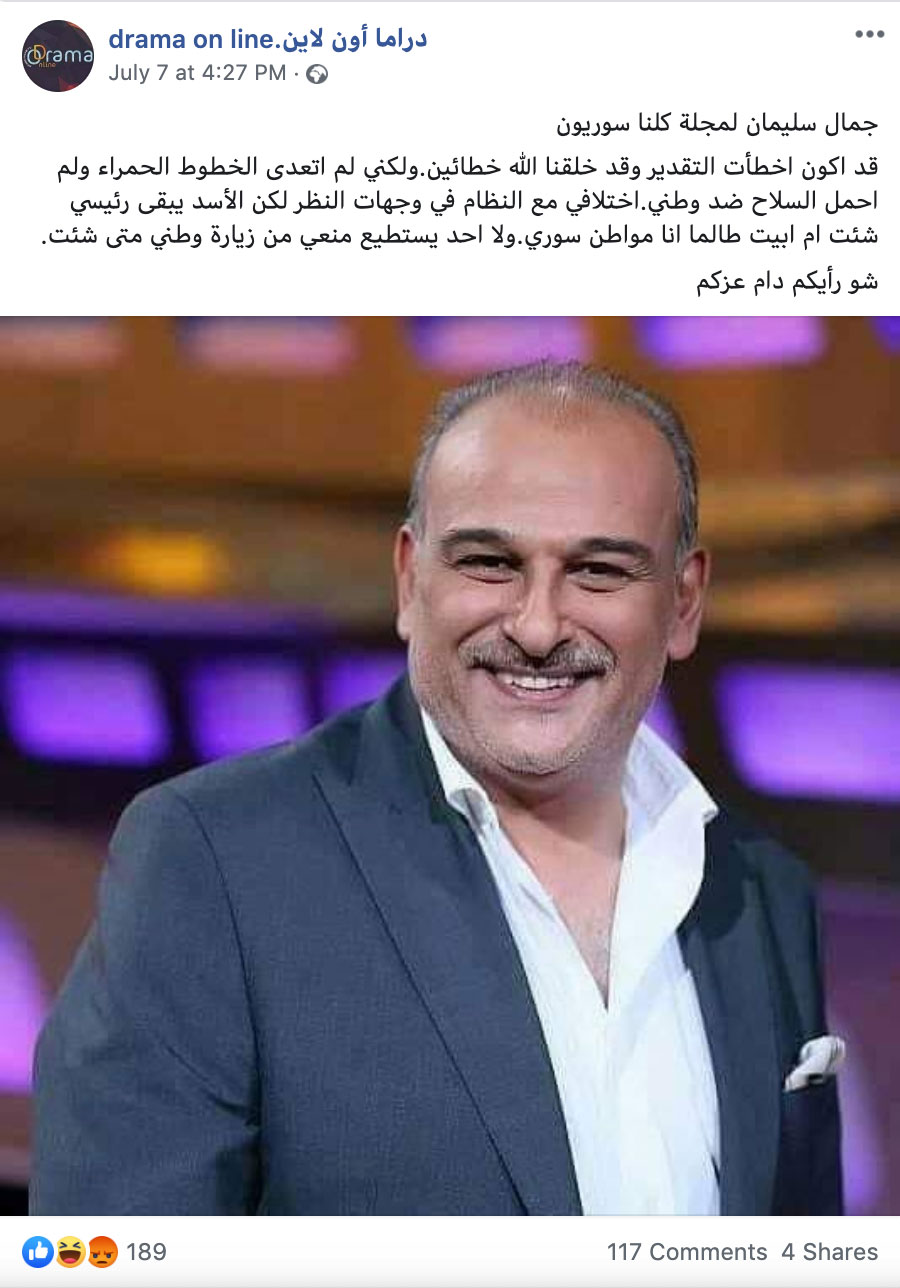 These accounts reported that Suliman made a statement to Kulluna Sourioun (We are all Syrians) magazine saying “I may have had a lapse of judgment.  God created man as a sinner; however, I have not crossed the red lines, and I have not took up arms against my homeland.. I have differences in views with the regime, but Assad would always be my president whether I like it or not; As long as I am a Syrian citizen, no one can prevent me from visiting my homeland whenever I want to.”

When contacted by Verify-Sy, Suliman denied the statements, describing them as lies. “I have never heard of the page that posted them, and I have not made any statements to any magazine regarding this matter,” he said, explaining that he is very cautious when it comes to dealing with the media. He also avoids having written or recorded interviews, preferring expressing his opinion on live television in order for him not to be misunderstood.