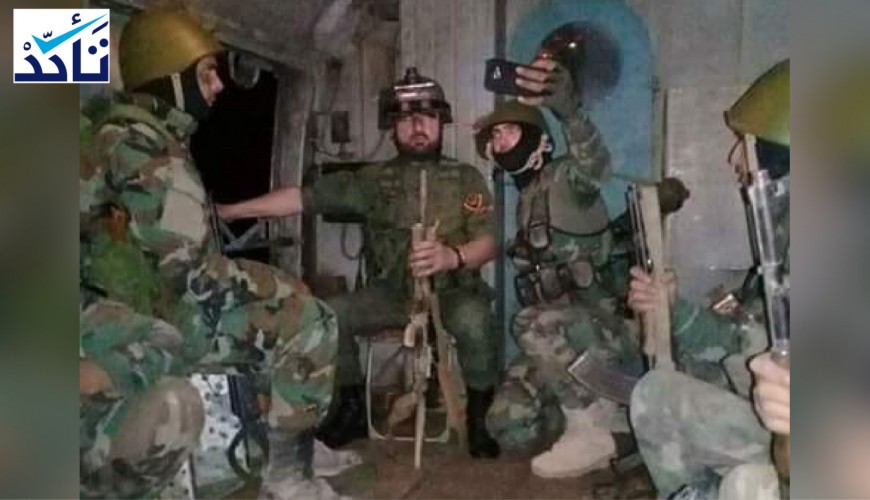 Social media accounts have circulated a photo of Suhail al-Hassan, the founder and commander of Qwwat al-Nemer (the Tiger Forces), which is an Air Intelligence-affiliated formation of Assad’s army. They claimed that the photo was recently taken while al-Hassan was heading to the Hama frontlines. 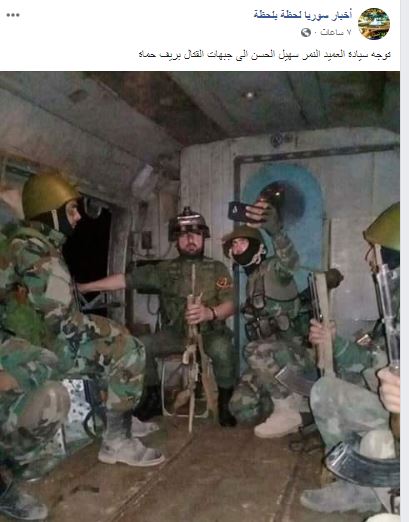 Media outlets posted the same photo, claiming that it shows al-Hassan during battles of Hama countryside; his appearance triggered a wave of ridicule on social media.

The photo shows al-Hasan wearing a military uniform and clean boots inside what it seems to be a military vehicle; it is not clear when or where it was taken.

Verify-Sy fact-checked the claims; it turned out that it is an old photo, which was posted by several media outlets and pages in 2017, saying that it shows “the regime forces advancing in Deir ez-Zor province”.

Verify-Sy could not verify when or where the photo was taken. However, the fact that it was posted in 2017 refutes its relation with the recent battles of Hama countryside.

The photo has been circulated amid fierce battles in Hama countryside, after which opposition factions announced seizing control of al-Hammamyyat village and its strategic hill.

Since July 2014, EU have imposed sanctions on Suhail al-Hassan over his violent repression against the civilian population in Syria.