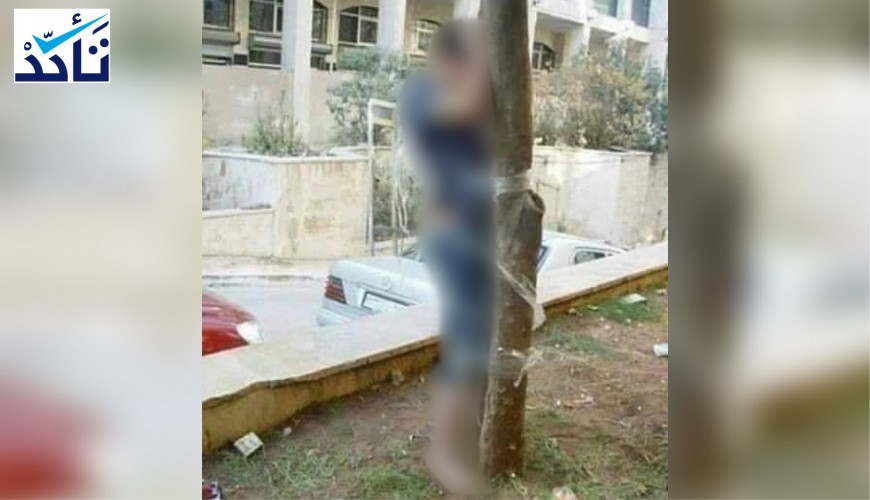 Photo not of child punished for failing high school exam

A photo that shows a child tied to a tree by a duct tape circulated on social media. It was said to be showing, “a boy punished by being tied to a tree,” for failing his high school exam.

Social media pages claimed that a Syrian man, who originated in a village northern Tartus, tied his son to a tree near the highway as a punishment for failing his high school final exam, despite costing his father 1 million Syrian Pond as fees for private lessons.

A reverse image search found the photo posted in 2009 on this article, which states that a father punished his son for stealing a soda can by tying him to a tree in Aleppo.

Verify-Sy could not verify when or where the photo was taken. Besides, we could not verify the above claims. However, the fact that it was published about a decade ago refutes its relation to the recent high schools exam that were held in the regime held areas.

The regime’s Ministry of Education announced the results of the high school first exam sitting last Wednesday; the pass rates were 59.27% for the Scientific Branch and 41.33% for the literary one.