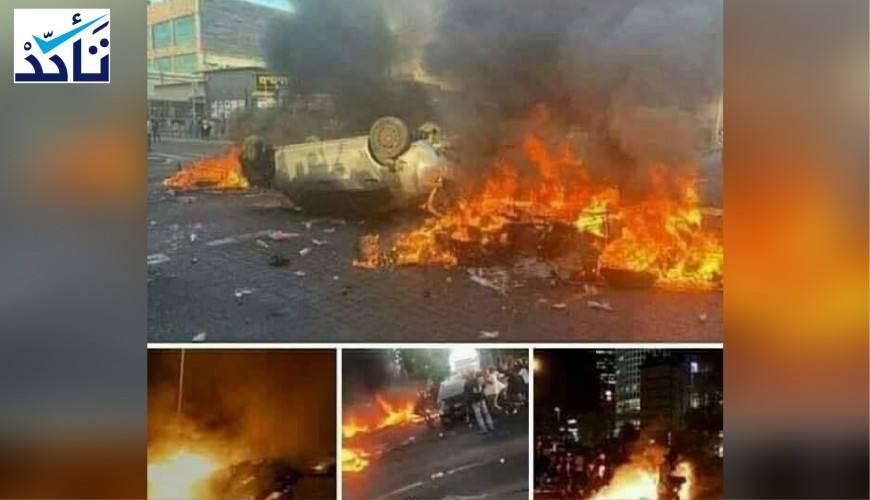 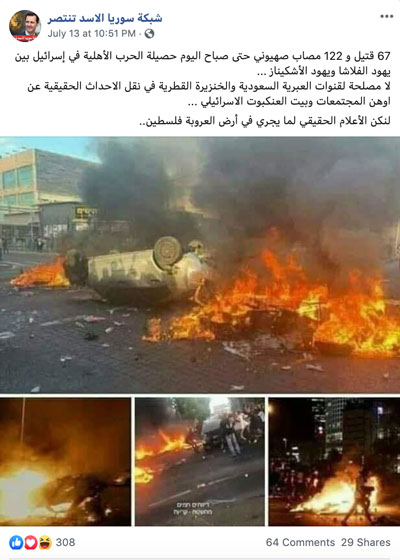 A pro-Syrian regime Facebook page, Assad’s Syria Prevails, along with dozens of other similar pages have claimed that 67 persons were killed and 122 injured until July 13 as a result of a civil war between Ashkenazi and Falasha Jews in “Israel”. These pages have accused Saudi and Qatari media outlets of ignoring covering these events.

Our team also found the same claims posted on Arabic news media outlets on 6 July, without mentioning their source of information.

International news agencies and websites that covered the demonstrations focused on arresting protestors and injuring police officers with no reports of deaths.

The “Israeli” police said 111 police officers were injured during demonstrations, while “Israel’s” emergency response service MDA emphasized that dozens of protesters were also injured; there were no reports of deaths.

In 2014, Central Bureau of Statistics of “Israel” reported that around 135,000 Israelis are of Ethiopian descent, 50,000 of them were born in Occupied Palestine. Community leaders and others said there is a pattern of racism and abuse by police toward “Ethiopian-Israelis”, despite repeated promises to root out the problem.