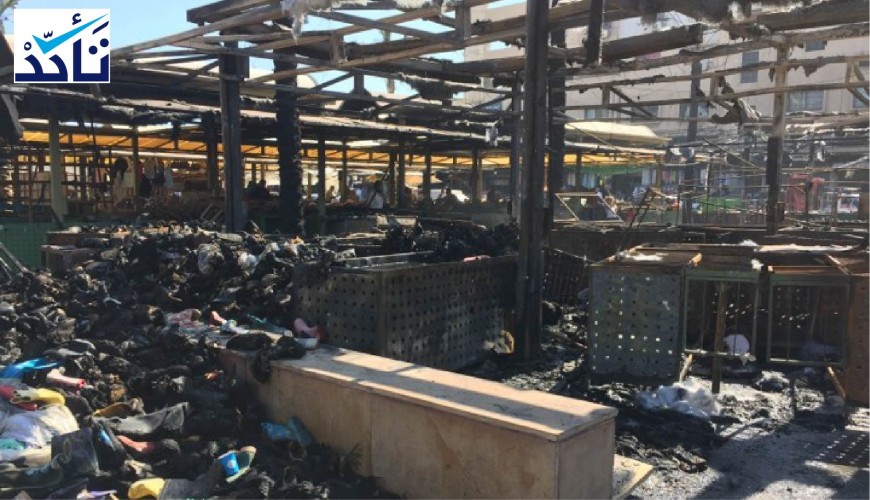 Social Media accounts circulated a video showing massive fires burning down stalls in a local market claiming that it shows “an arson attack against Syrians’ shops in Lebanon in order to force Syrian refugees back into Syria”. 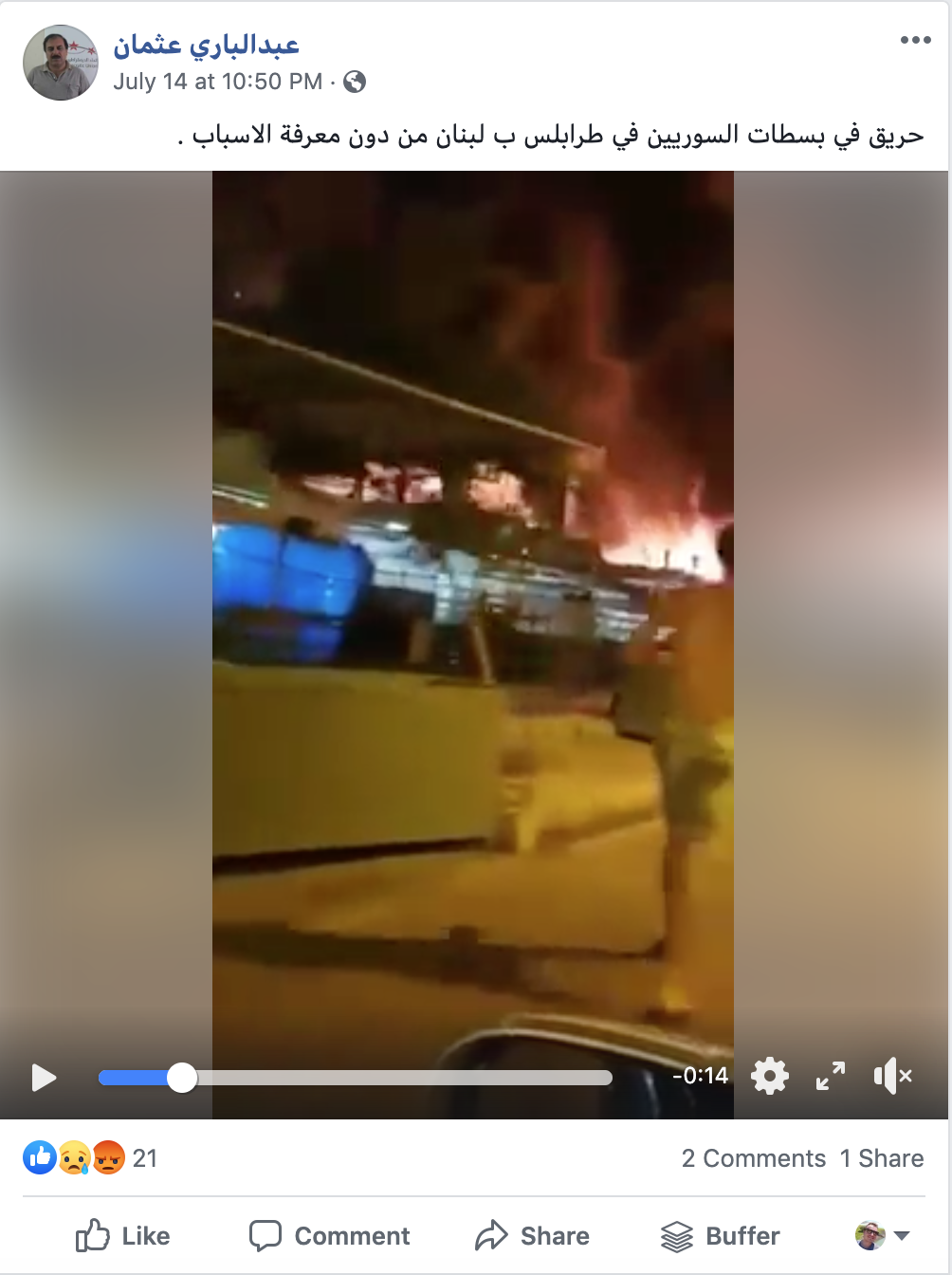 Verify team inspected the content of the video along with other recordings and reached a conclusion that the fire shown in the video happened on July 13 /2019 in the Abu Ali Bridge neighborhood in Tripoli in the north of Lebanon.

Verify’s editors reached out to a number of independent Lebanese journalists who confirmed in turn that the fire burned down around (215) stalls. They said that most stalls belong to Lebanese locals. No one seemed to know for sure the cause of the fire.

Lebanese journalist, Nisreen Mer’eb told Verify that most stalls are legally registered with the municipality by Lebanese citizens. She added that many Syrian refugees rent those small stalls to earn a living.

Besides, Lebanese journalist Fatima Othman told Verify that Syrians and Lebanese work side by side at the affected market. She denied the claims that the stalls belong only to Syrian refugees.

OTV, a Lebanese TV station, had interviewed a few persons affected by the fires; none of them mentioned  his nationality, or that they were Syrian.

Al-Liwa, a Lebanese newspaper, quoted Rami al-Homsi, a stall-keeper, as saying that none of the stalls belongs to Syrians, adding that their owners are locals.

The United Nations estimates the number of registered Syrian refugees in Lebanon to be around 1 million, while the Lebanese government says it hosts around 1.5 million Syrian refugees.

Last month, Lebanese President Michel Aoun called on the US and the international community to support the repatriation of Syrian refugees to the safe areas in Syria without waiting for a political solution.