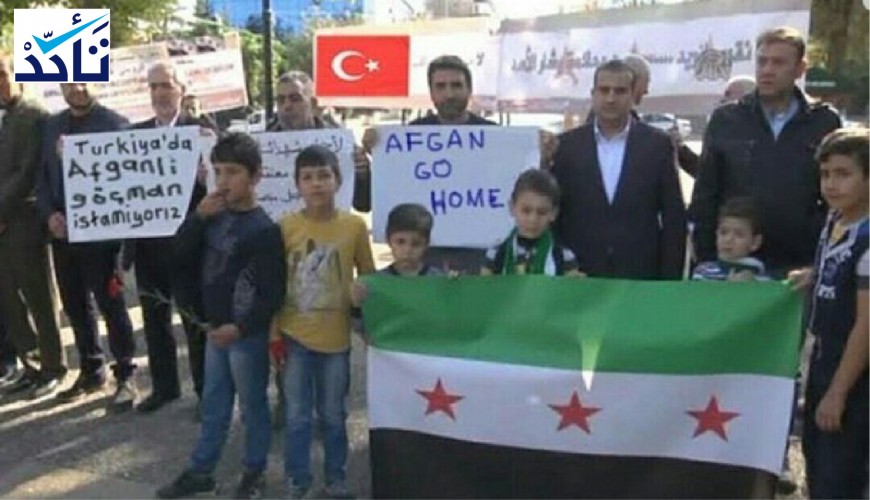 Social networks accounts shared a photo/graph of individuals raising some signs written in Turkish, claiming it was of Syrians against Afghani refugees in Turkey. 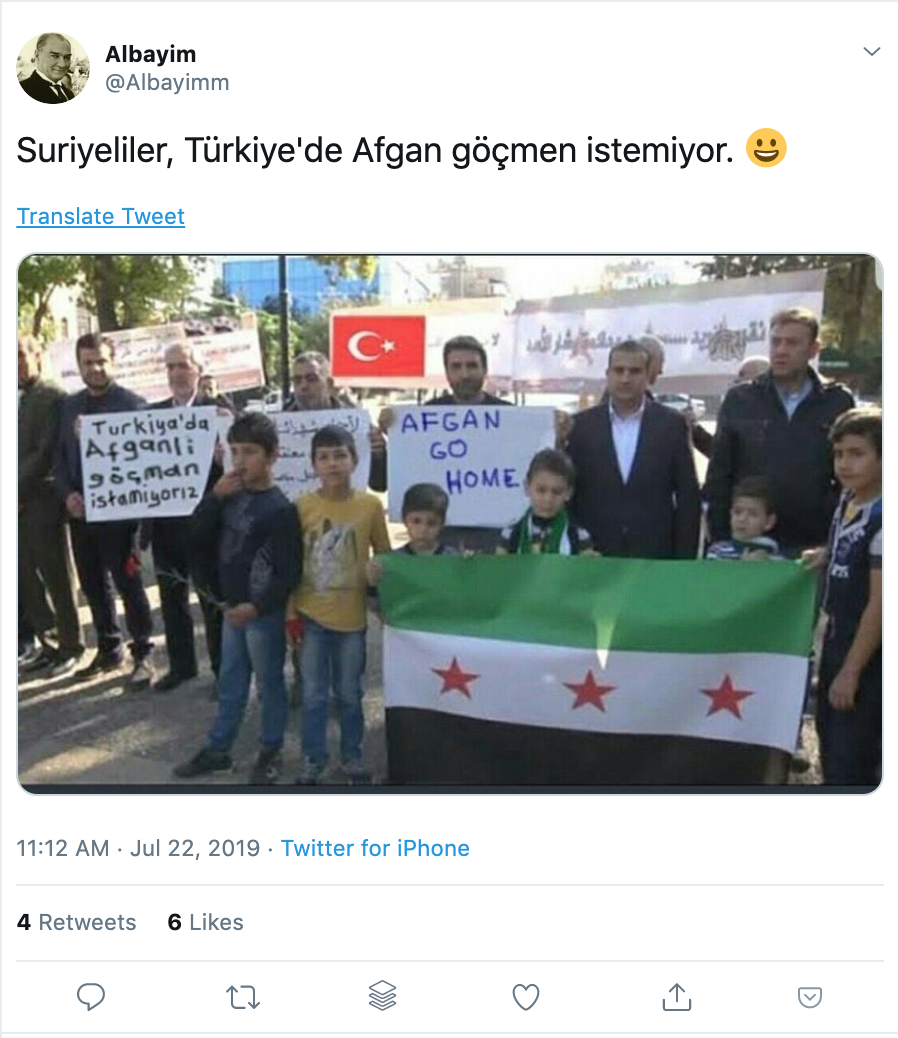 The photo shows children and men raising the Syrian Revolution flag and various signs calling in Turkish upon the deportation of Afghans living in Turkey.

Verify platform inspected the photo. It was modified so that all Arabic signs were modified into showing Turkish expressions demanding the deportation of Afghans in Turkey.

The original photo/graph dates back to 2015. It was taken when a number of Syrians came together in a public park in the Turkish city of Gaziantep to protest the Russian strikes in Syria. One of the signs reads, “My freedom.. is to be what they do not want me to be,” which is an extract from a poetry book by the Palestinian prominent poet Mahmoud Darwish titled "Hiya Ughnia, Hiya Ughnia" (It's a Song, It's a Song). Another sign reads, “From Geneva 1 to Geneva 2 to Vienna 1 to Vienna 2, Syrians are still bleeding,” referring to the “peace” talks on Syria.

Turkey's Interior Minister Suleyman Soylu has recently emphasized that many rumors about Syrian refugees aim to disturb the Turkish government and to sow confusion and uncertainty between it and the Turkish people.

Turkey is the largest host country of registered Syrian refugees in the world, with over 3.5 million Syrians have sought refuge there, according to official statements.