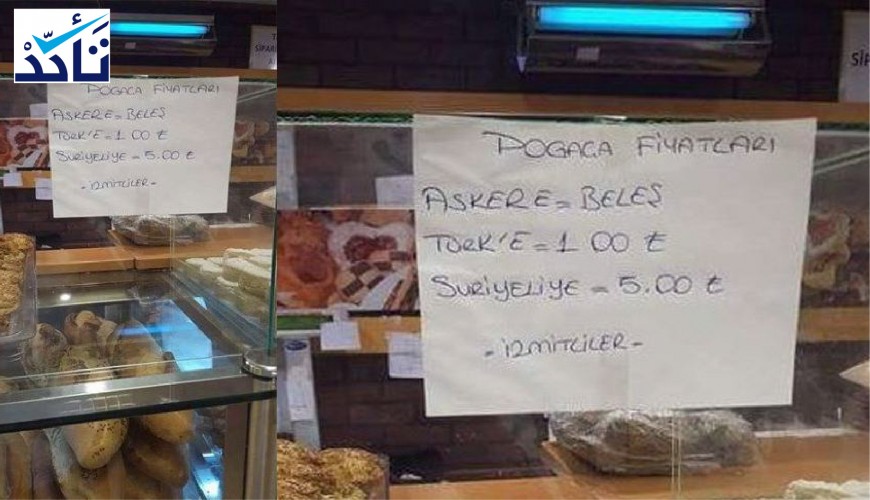 A photo of a price list hanging on the front of a bakery in the Turkish city of Izmit circulated on twitter. The list reads that pastries are free for Turkish soldiers,  while Turkish civilians are charged one Turkish Lira (0.18 USD), and Syrians five Turkish Lira (0.88 USD). 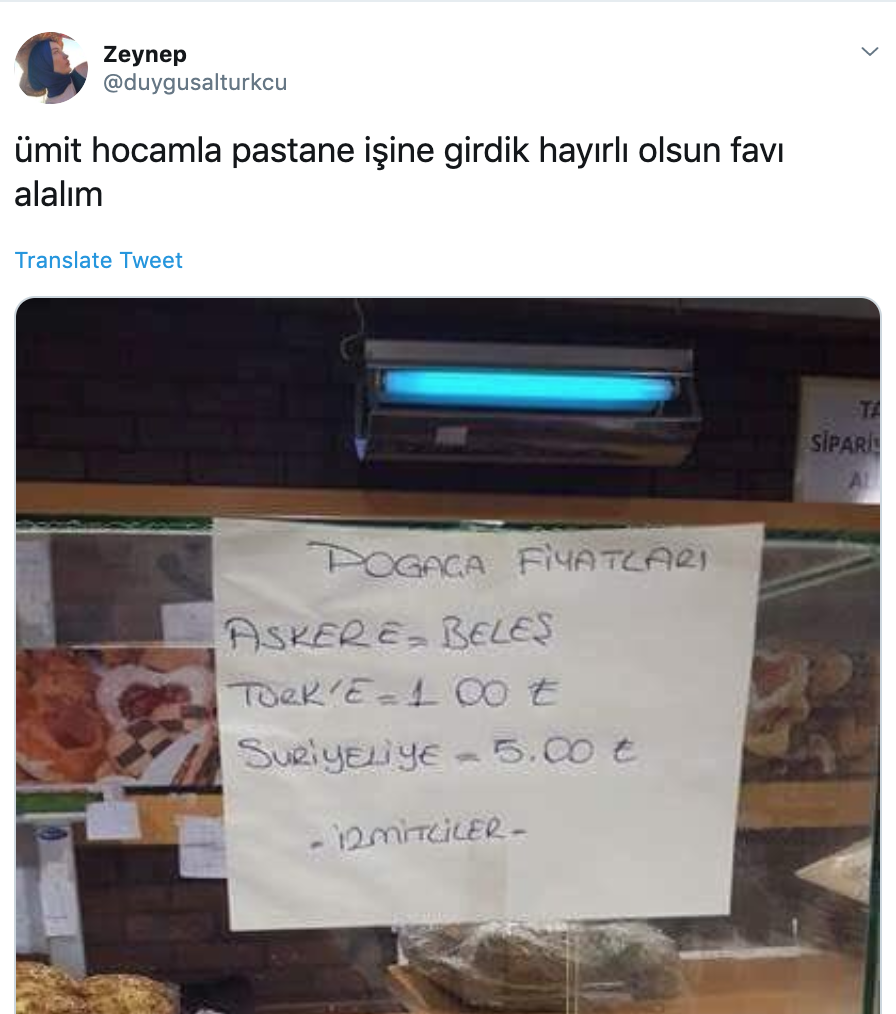 The photo, which has gone viral, has sparked a huge debate on social media and has received both support and denunciation, with over 500 shares.

“We have checked all bakeries in Izmit district in Kocaeli, and we have not spotted any bakery that conducts such action,” Ali Sari, Head of Kocaeli Chamber of Bakeries, told Sozcu newspaper. “We do not accept such conduct, and we will check all bakeries in other municipalities.”

“It is not possible to discriminate between Syrians and Turks in terms of prices,” Sari explained. “It is against the law and humanity. It is unknown in which neighborhood the bakery is located. Therefore, we checked all of the bakeries in Kocaeli; none of them has conducted such action. We are checking the rest of bakeries in other municipalities.”

“If we found such bakery, we will take the necessary action.” He added. “Such racist approaches are not acceptable. I think that none of the bakers would do such a thing. It seems like someone hung the paper in order to take a photo of it, then he removed it. He has done that to cause chaos and strife.”

Our team could not verify from an independent source when or where the photo was taken.

Rumors and misinformation circulate almost every day on social media, which inflames hate speech in Turkey, amid Turkey’s Interior Ministry new decisions regarding Syrian refugees in the country, and Turkey deportation of hundreds of Syrians in recent weeks to Northern Syria where airstrikes carried out by Russian and Assad regime forces have killed hundreds and displaced hundreds of thousands in recent weeks.