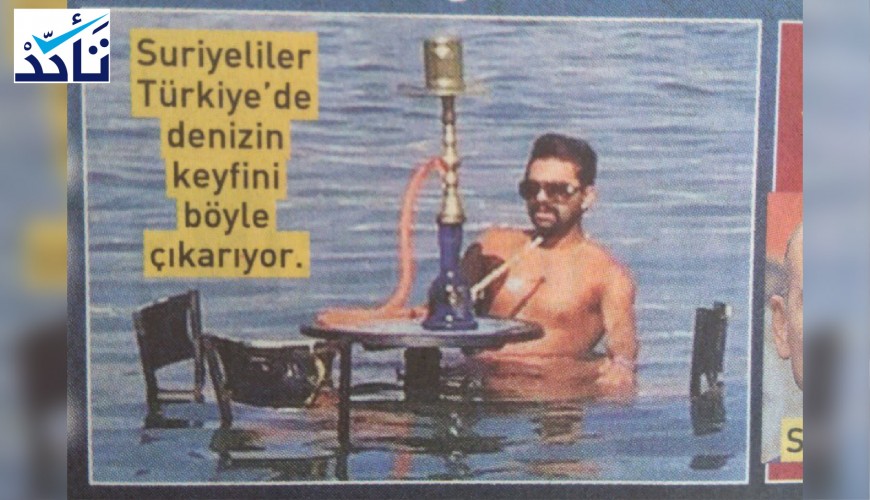 ‘The Hookah Man’ is Turkish, not Syrian

Turkish singer Erzin Soylu intends to file a complaint against many Turkish newspapers and websites, which circulated a photo of him claiming that it shows a Syrian man. Soylu has expressed his anger and deep resentment about sharing his photo with false claims.

Three years ago, Soylu had posted a photo, which went viral, of himself on Instagram sitting on the shore while he was smoking hookah.

“My client intends to prosecute these newspapers and websites,” his lawyer told teyit.org, which is an independent fact-checking organization based in Turkey.

“Anger has overpowered them to the extent of calling a man on vacation ‘Syrian Having Fun’,” said the AKP's Denizli Deputy Cemile Tasdemir on Twitter. “The (Turkish) citizen has filed a complaint after seeing himself in the newspaper. That’s how they used social media during the election.”

Social media users and some Turkish news websites shared the photo with posts that read, “That’s how Syria are enjoying themselves on the shores in Turkey.”

Some municipalities in Turkey has banned smoking hookah in public spaces, many of which were seized from Syrian shops that sell them without a permit.