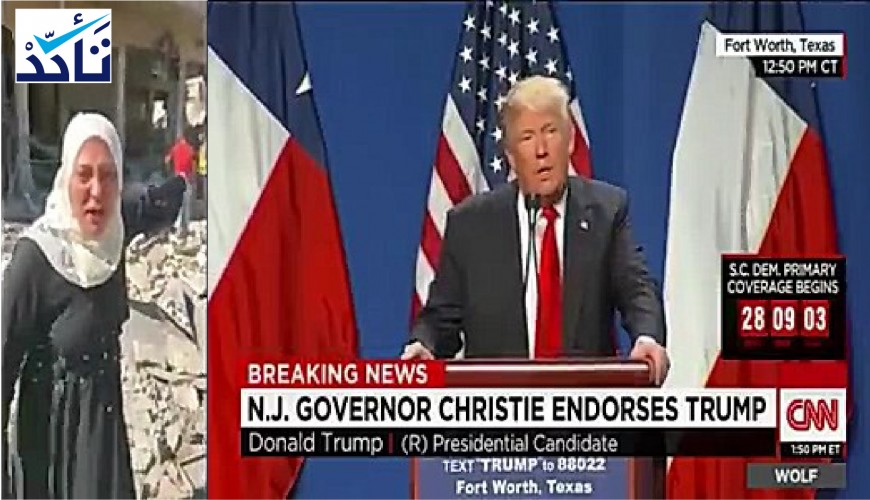 Did Trump make Mockery of Pleas of US Activist in Syria?

A video that shows Rania Kisar, a US activist, and US President Donald Trump has circulated on social media. Kisar is an anti-Assad regime activist who runs a center for women empowerment in the town of Maarat al-Numan in southern Idlib countryside.

At the beginning of the video, Kisar appeals to US President Donald Trump to take action to stop the escalation in Northern Syria after Russian-backed Syrian regime bombardment of Maarat al-Numan last Monday, which caused dozens of civilian deaths and injuries. Then you see Trump with parody subtitles depicting him as responding to Kisar’s pleas. 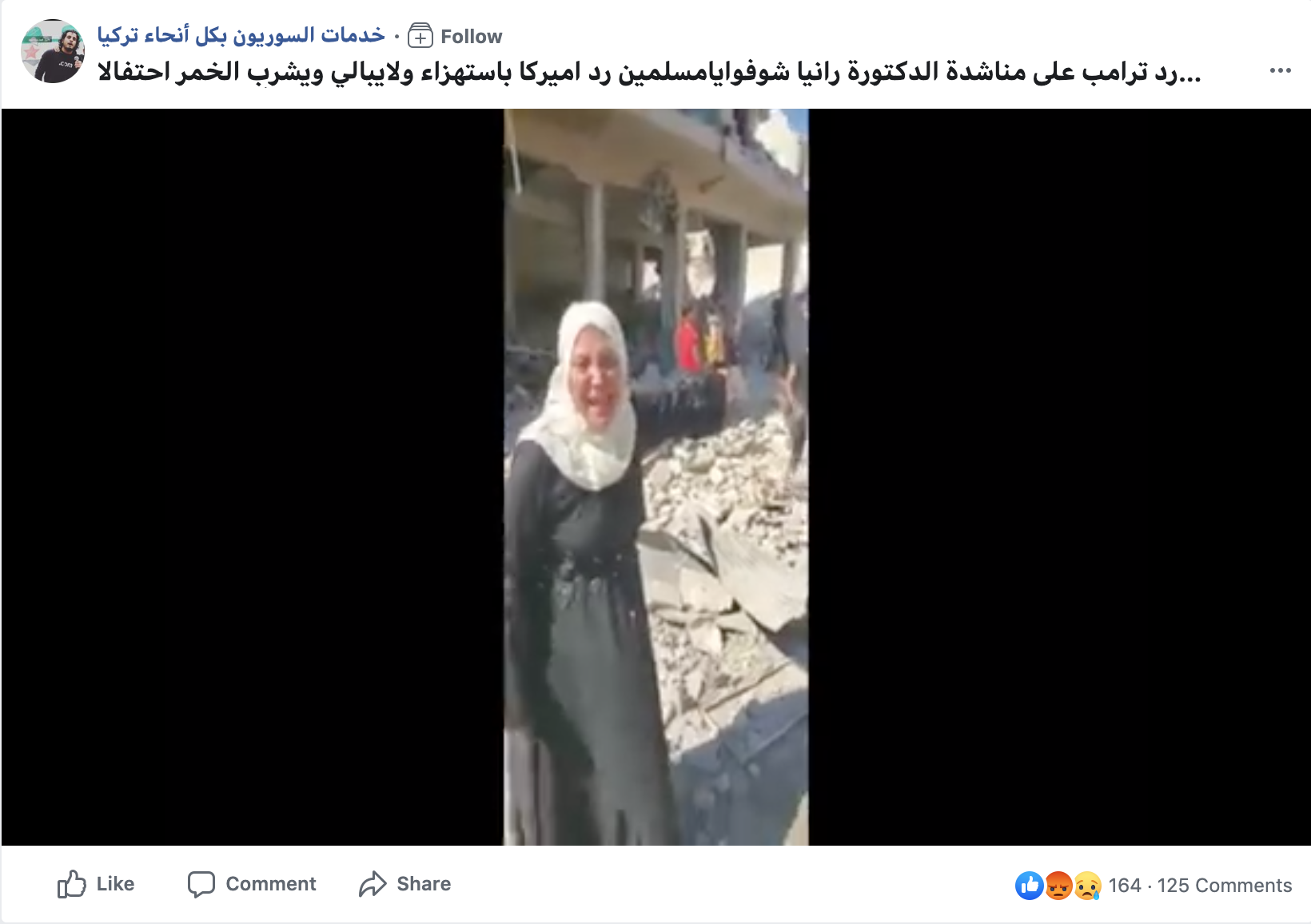 Verify platform would like to clarify for non-English speakers that Trump’s speech is not related at all to the current situation in Syria.

Then-candidate Trump delivered his speech in February 2016 in Texas; during a campaign rally, Trump was mocking Republican presidential candidate Marco Rubio when he lurched off camera to grab a water bottle.

“When they put Marco on to refute President Obama's speech, do you remember that catastrophe? And he's like this. And we will - huh, huh, I need water. Help me, I need water. Help,” said Trump. “And he's doing - this is on live television. This total choke artist is refuting.”

Russian and Assad regime airstrikes targeted the town of Maart al-Numan on Monday, killing 39 persons at least including one member of the Syrian Civil Defense, also known as the White Helmets.

Airstrikes by Assad regime and its Russian ally has been targeting opposition-held Idlib and its surroundings, which coincides with clashes and battles mainly in Hama’s northern countryside.