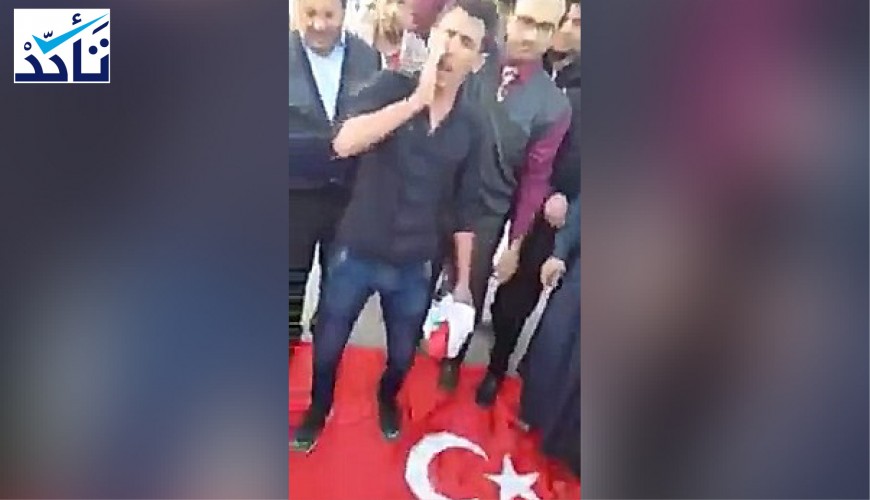 Protesters Who Stomped on Turkish Flag Were Not Syrians 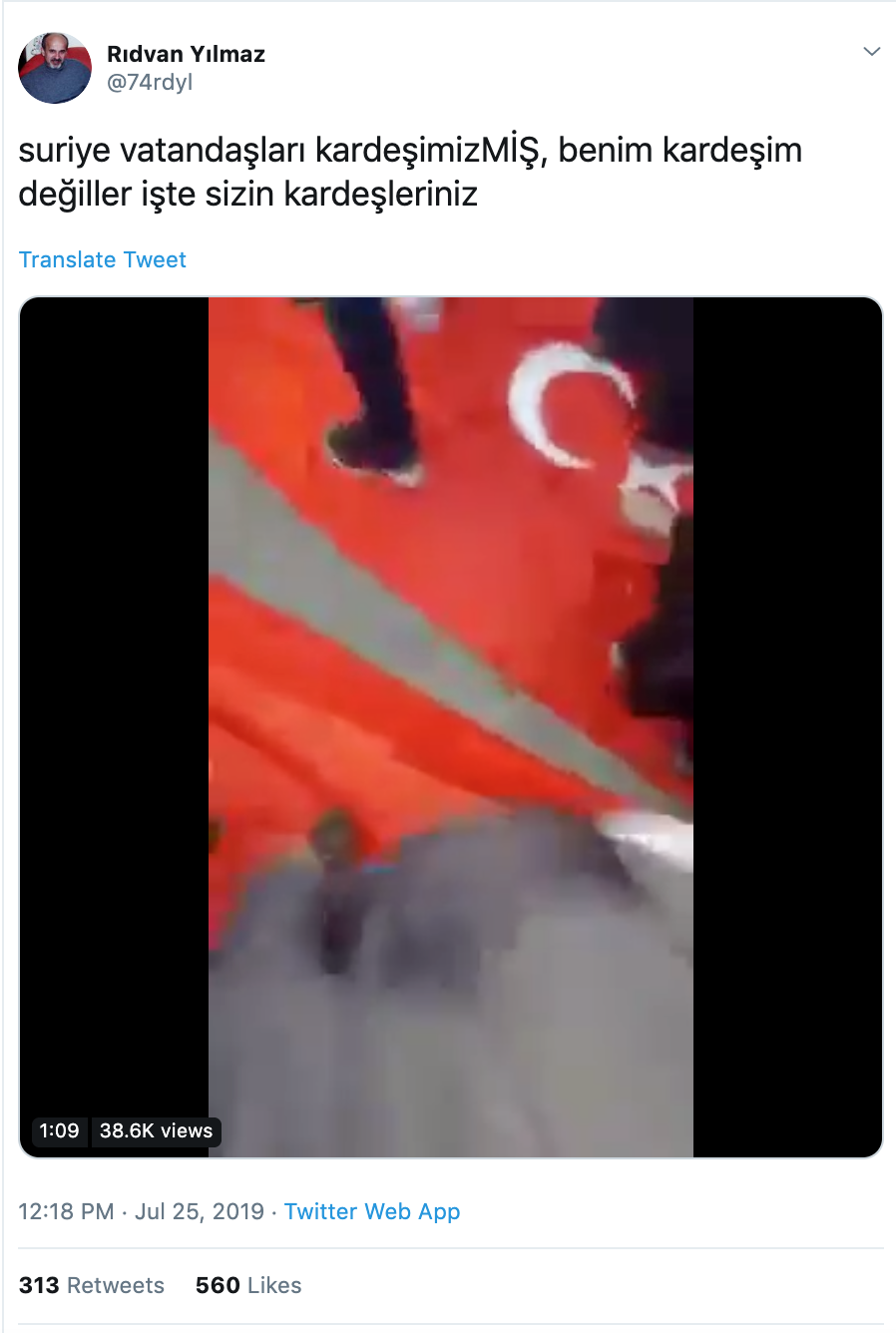 These tweeters posted angry captions and claimed that those who are stomping on the flag are “Syrians”. A tweeter shared the video with a caption that reads, “Syrians are not our brothers.”

“The Syrians and their love for the flag of Turkey,” another tweeter posted. “These dishonorable (men) come easily to our homeland, get paid, and go to hospitals.”

Verify platform inspected the video and reached a conclusion that it was not taken in Syria. In fact, it was posted three years ago on YouTube, it shows protesters in Iraqi city of al-Basra.

Thousands of Iraqis in al-Basra in 2015 rallied against Turkey’s deployment of troops to a base near Mosul, most of whom are members of “al-Hashd al-Sha’bi” (the Popular Mobilization Units PMU), according to Deutsche Welle. Some raised the flag of Iraq and burned Turkish flags as shown in the video.

In 2015, Turkish media outlets reported the burning and tearing down a Turkish flag during protests that took place in al-Basra and at Tahrir Square in Baghdad against Turkey’s deployment of troops in Northern Iraq.