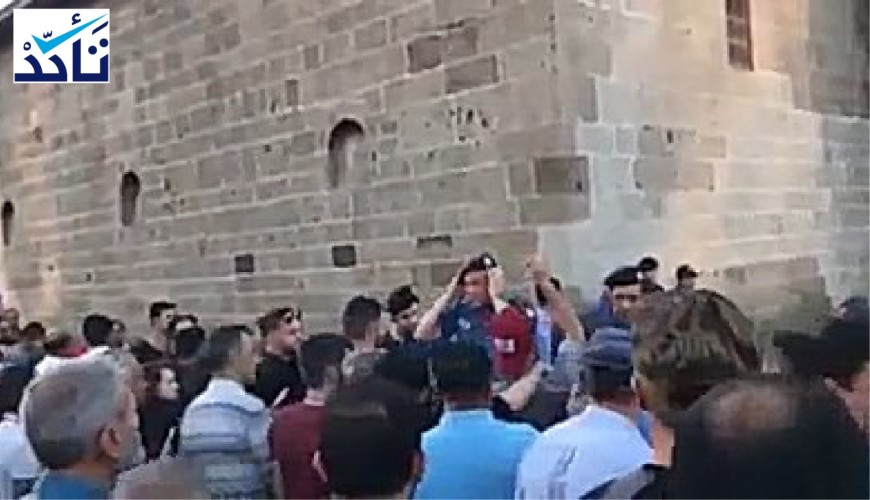 Truth Behind “Syrian Gets into Brawl” in Turkey’s Erzurum

Social media users have accused a Syrian refugee, without identifying him, of getting into a brawl in Turkey’s province of Erzurum. The incident resulted in injuring a Turkish citizen.

A tweeter has claimed that two refugees from Syrian and Afghanistan assaulted a Turkish young man with a blunt object, causing a civil disobedience. He said those who consider Syrians to be their brothers bear the consequences of the assault.

Another tweeter claimed that a Syrian national had verbally harassed a Turkish female and hit a Turkish man, who intervened in the incident, with a blunt object, causing him to lose his eye.

A YouTube channel posted a video titled, “A Syrian refugee has pulled out an eye of a young man in Erzurum.”

Verify platform followed closely the incident. The victim was assaulted by a group of Afghani nationals, he told Ihlas News Agency.

News websites denied the involvement of any Syrian in the brawl, and reported that four individuals were detained, citing officials at Erzurum Province Police Department.

Rumors and misinformation about Syrian refugees in Turkey, proven later to be wrong, has spread over the past few weeks.

Over 3.6 million registered Syrian refugees under temporary protection live in Turkey, primarily concentrated in western and southern provinces, according to Turkey’s Interior Ministry.