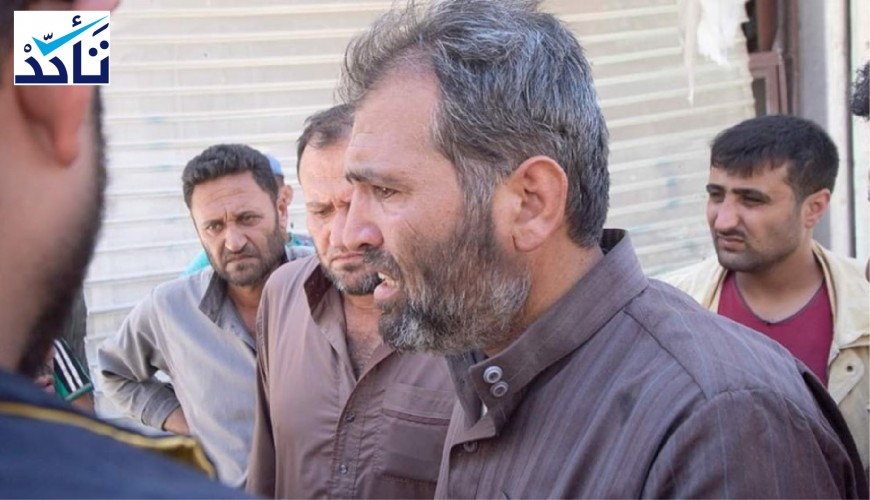 This Man is Alive But His Brother Deceased

Facebook users and pages have circulated a photo of a civilian from Idlib Governorate, claiming that he died of his wounds following an airstrike on Idlib. A photo of him previously emerged and it was said that he lost eleven members of his family.

A post by a Facebook page called “Shabaket al-Thawra al-Sourieh” (Syrian Revolution Network) reads, “Mahmoud al-Hasan, who lost eleven members of his family in Ariha city (Idlib), died due to dejection and heartache.”

Another activist posted the actual photo of the departed man, but mistook him for his brother. “Mahmoud al-Hassan, a teacher from Sinjar who lost his whole family in Ariha, died today; he could not stand the shock and died heartsick,”the activist wrote.

Verify platform inspected the photo and the news. It turned out that the circulated photo is not of the decedent Mahmoud al-Hasan but of his brother Hasan al-Hasan. His brother was seen in a photo on the day of the massacre, when he said eleven members of his brother’s family departed.

“Hasan al-Hasan, Mahmoud al-Hasan’s brother, is still alive. He did not suffer any injury in contrary to what has been circulated on social media,” a family member told Verify platform. “Hasan’s brother Mahmoud deceased today in Zelal Hospital in al-Dana, Idlib’s northern countryside. He died of his wounds following an airstrike that killed five members of his family on July 27.”