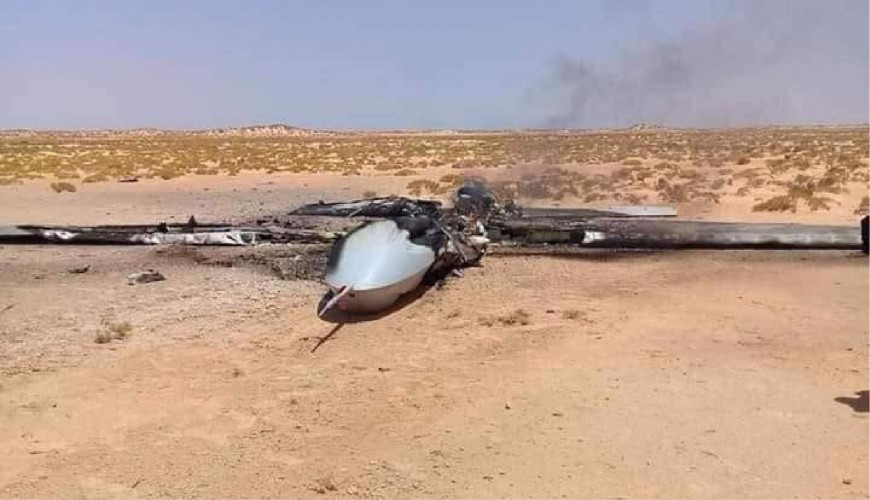 Did Popular Mobilization Forces Shot Down US Drone in Iraq?

A Facebook page called “E’lami Karkouk” (Karkouk Media Professional) has claimed that the PMF’s 12th Brigade air defenses shot down an unnamed reconnaissance aircraft flying over the brigade’s base in the outskirts of Baghdad known as the Baghdad Belts; the post has contained a photo that shows a crashed aircraft. Few minutes later, the page has updated the news by posting a photo of an aircraft burning in the sky, claiming that it shows a U.S. aircraft.

Verify platform inspected the video and the photos; it turned out that the photos are unrelated to Iraq or the PMF.

The first photo, which shows a burning aircraft, is of shooting down a US drone over Yemen in 2017. The second one, which shows a crashed aircraft, shows a drone of General Khalifa Haftar militias that was shot down in Libya by the Government of National Accord (GNA) forces earlier this month.

The PMF announced last Thursday that it targeted “a reconnaissance drone flying over the PMF’s 12th Brigade base in the Baghdad Belts,” adding that it forced the drone to withdraw “without completing its espionage mission.”

In 2017, Amnesty International accused the PMF of committing extrajudicially executions, torture, and abducting thousands of men and boys.

Last month, Iraqi Prime Minister Adil Abdul Mahdi issued a decree ordering the PMF to integrate into the Iraqi armed forces, after the attacks on Iraqi military bases hosting U.S. forces, and a position used by a U.S. energy company, according to DW.