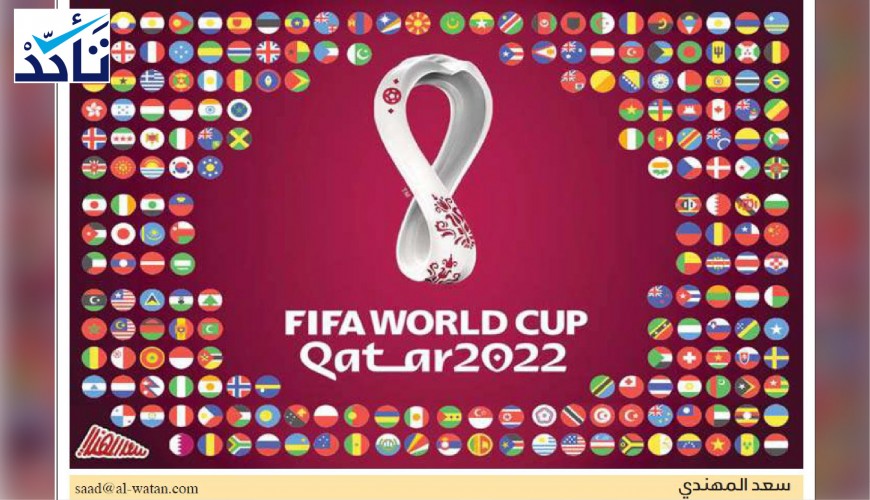 Media outlets and social media pages have circulated a photo in which the emblem of the 2022 World Cup appears, surrounded by dozens of flags; the Syrian Revolution flag appears among them.

The photo has gone viral on social media, and was posted by many Syrian opposition activists, media professionals, and politicians, praising the "recognition" of the Syrian Revolution flag.

The Twitter account of Aram Media tweeted, "In a first, the Syrian revolution flag appeared in the official advertisement for the Qatar World Cup, which will be held in 2022."

Besides, a website called "Nida' Souria" posted the photo with a text that reads, "In a first, The Syrian Revolution flag appears in an advertisement for the Qatar 2022 World Cup."

Verify platform inspected the photo; it turned out that it is not an official one and was not published on any official account of the FIFA World Cup on Twitter and Instagram. 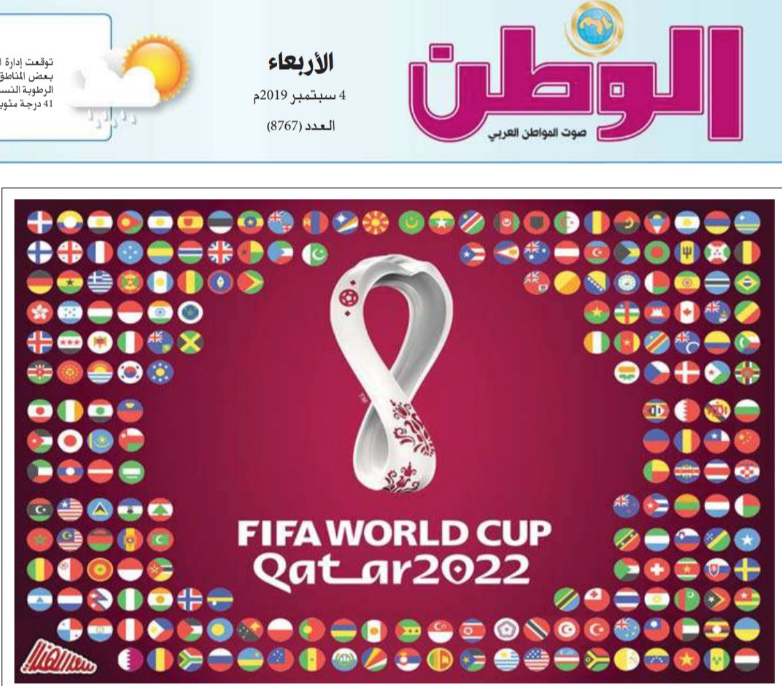 Furthermore, the photo was designed by Qatari cartoonist Saad al-Muhannadi and was published on Qatari newspaper al-Watan.

Al-Muhannadi told Verify that he designed the photo, and was not issued by any Qatari official body or the organizers of the World Cup. He added that he did not chose the photo on purpose; it was included among a pre-designed set of flags.

"Arabic media outlets, activists, and websites have circulated without me asking for it," He explained, adding that he designed it as a contribution to the emblem unveiled yesterday.

Yesterday, September 3, the organizing committee of the Qatar 2022 World Cup unveiled the official emblem of the world cup organized by an Arab country for the first time in the history of football.

The emblem has sparked positive, critical, and cynical reactions from social media users.