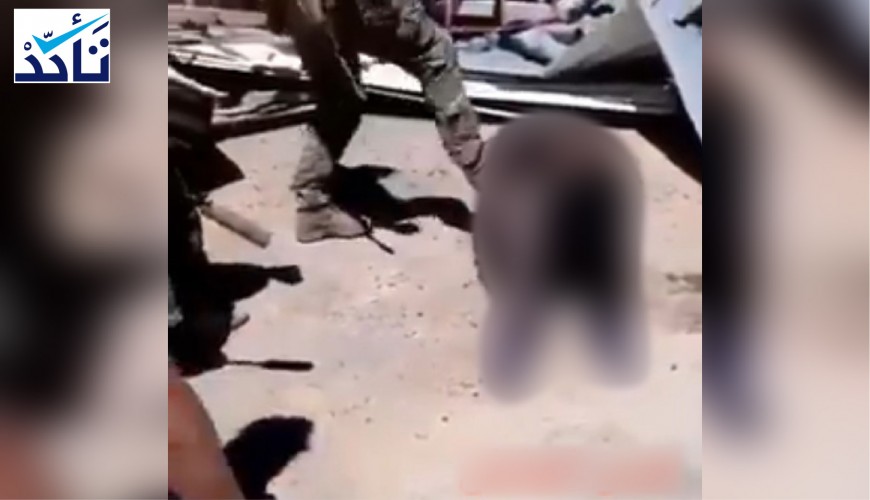 A video of armed men battering a civilian has circulated on social media. It has been claimed that it shows "the Assad forces torturing a person who refused to flee Khan Shaykhoun in the countryside of Idlib."

The video shows individuals dressed in military uniforms battering a civilian laying on the ground with a sledgehammer while music is being played. There was no indication of time or place in the video.

Verify platform inspected the video and found out that news websites and YouTube channels posted it on 2017 as showing "armed men speaking Russian are torturing a young-man in Syria under the pretext of being a member of ISIS organization."

According to the Conflict Intelligence Team, which investigates Russia's wars, the armed persons shown in the video are fighters of the non-governmental Russian Wagner Group, which is involved in recruiting mercenaries to fight in Syria and other countries.

Our team could not verify when or where the video was taken. However, the fact that it circulated on social media 2 years ago refutes any possible relation with the Assad regime capturing of the city of Khan Shaykhoun few days ago.

The Russian-backed Assad regime forces seized control of Khan Shaykhoun city, located on the highway linking Damascus and Aleppo, on August 21, 2019, after heavy clashes with the opposition forces.

Of note, the Russian-backed Assad military campaign on Idlib and its surroundings has displaced over 400,000 civilians, according to the United Nations estimates.