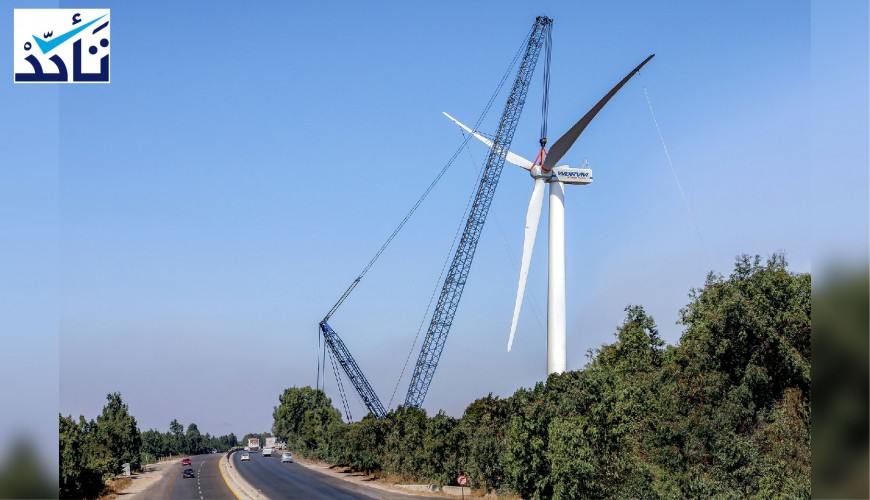 WDRVM, the manufacturing company, posted a photo of the installed wind turbine, saying that "it is the first wind turbine to generate electricity in Syria and the Middle East was made by Syrians with a capacity of 2.5 megawatt."

WDRVM identifies itself as a company specialized in heavy industries, and is based in the industrial city of Haysaa in the Syrian governorate of Homs.

Verify platform digged into the history of investing in wind power in different countries in the Middle East; we found out that Arab and regional countries in the region known as "the Middle East" have invested in this field years before the Assad regime, and they have installed wind turbines that convert wind energy into electricity.

In Turkey, the first wind turbine to generate electricity dates back to 1998; the number of wind farms reached over 170 in 2017.

In addition, the United Arab Emirates in 2004 announced the inauguration of a wind power station in Sir Bani Yas island, southwestern of Abu Dhabi.

In Egypt, the Zafarana Wind Farms alone includes 700 wind turbines; the Egyptian government oversaw the several-stages implementation of the facility since 2011, through Governmental cooperation protocols with Germany, Denmark, Spain and Japan.

In early 2017, Saudi Arabia inaugurated its first wind turbine in Turaif governorate, northern of the kingdom.

In addition, the Sultanate of Oman have begun investing in wind power when the first wind turbine at the Zufar wind plant have come into service last August.

The regime held areas suffer a severe shortage in electricity compared to the need and consumption, which leads to long electricity cuts for up to 20 hours per day.