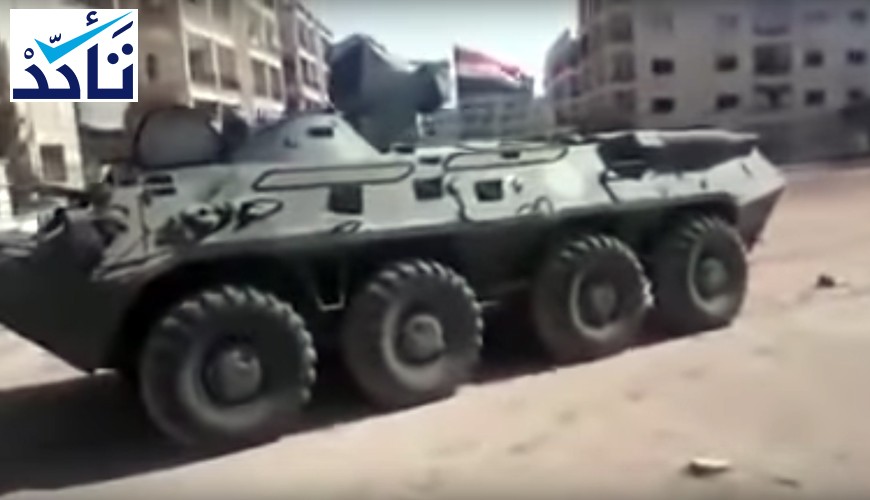 This Is Old Video, Wasn't Taken in Idlib

Erkin Öncan, a Turkish journalist at Russian news agency Sputnik, posted a video that shows a Russian military vehicle flying the flag of the Syrian regime and surrounded by men dressed in military uniform. In the video, a voice of a person ordering the opposition members to leave the buffer zone within a time limit, otherwise they will be destroyed.

"Members of the Syrian Army order the terrorists to drop their weapons and turn themselves in to the authorities," Öncan tweeted on Wednesday.

Through field sources and its reporters, Verify platform checked when and where the video was taken; our team found out that it dates back to 2018 in the al-Zahra' neighbourhood western Aleppo, not in Idlib governorate.

Besides, LiveuaMap, a platform specialized in covering conflicts around the world in real-time, spotted the same video in August 2018. At that time, the video circulated on Facebook, YouTube, and among pro-Assad regime media professionals.

Moreover, Sputnik, at which he works, reported at length on the incident one year ago.

The Assad regime forces and Russia has declared a ceasefire in Idlib after capturing the city of Khan Shaykhoun and several villages in the southern countryside of Idlib.

Of note, the Russian-backed Assad military campaign on Idlib and its surroundings has killed over 1,000 civilians and displaced over 400,000 civilians since last April, according to the United Nations figures.